The word “crisis” is often summoned to add an air of drama to issues that may be serious but fail to reach epidemic proportions. There is little doubt, however, that the rising number of deaths in recent years due to drug overdose can, at the very least, be classified as extremely alarming.

Three months after taking office, President Trump created the President’s Commission on Combating Drug Addiction and the Opioid Crisis in response to the more than 50,000 drug overdose deaths reported in 2015. Just over four months later, the panel, chaired by New Jersey Governor Chris Christie, called on the president to declare the situation a national emergency, which Trump did in August.


According to the National Institute on Drug Abuse, the term “opioids” refers to an entire class of drugs. Some, like heroin and its synthetic and mega-potent cousin fentanyl, are illegal, while others including morphine, codeine, OxyContin, Percocet, and Vicodin are often prescribed by doctors for pain relief. Opioids are fairly safe when used for the short term and are extremely effective at controlling pain. But they can produce feelings of euphoria and are potentially highly addictive.

It was less than 20 years ago that doctors began giving patients opioids with much greater regularity after being reassured by pharmaceutical companies that prescription opioids were not habit forming. The number of opioid prescriptions written by doctors quadrupled in the years between 2000 and 2015, and opioid-related deaths rose as patients were drawn to the drugs’ pain-relieving abilities, according to reports by the Centers for Disease Control (CDC).

The statistics on opioid abuse are more than a little daunting. Approximately 21 to 29 percent of patients prescribed opioids for chronic pain ultimately misuse them and about 80 percent of people who use heroin first misused prescription opioids.

According to the CDC, more than 90 Americans die every day of drug overdoses, and the Orthodox Jewish community has not been spared. The number of opioid-related deaths among Orthodox Jews continues to rise annually, according to Rabbi Zvi Gluck, director of Amudim, which deals with crisis intervention.

“There were 143 opioid-related deaths of people ages 35 and under in the Orthodox Jewish community around the world from last Rosh Hashanah to this Rosh Hashanah,” Gluck told The Jewish Press. “And those are just the ones that we know about.”

The unprecedented number of deaths in recent years has left experts scrambling to try to find commonalities and identify risk factors in an attempt to stem the tide of overdoses that has struck families in every corner of the Jewish world. While some patterns have emerged, young adults from similar backgrounds who have experienced the same trauma often may respond in completely different ways.

“We had a case of two brothers who were both victimized by the same grandfather,” said Gluck. “One became a hotshot lawyer while the other turned to drugs and alcohol. In reality, it is a combination of how the brain is wired and how it responds to stress that plays a very large part in the equation.”

Does having a child in the house with a substance abuse problem lead to other siblings following down a similar path? Gluck said a study done ten years ago indicated the answer to that question is no.

“The study included 100 kids who stayed in the family home while they were dealing with a substance abuse problem, while another 100 were asked by their parents to leave. In the families where the kids were allowed to stay, only ten percent of the siblings had a problem, while in the home where the kids were sent away, more than 70 percent of the siblings ended up turning to drugs themselves.”

Today the problem seems to be exacerbated not by young adults being asked to move out because of substance abuse issues, but rather by lack of structure in the home, said Gluck.

An individual with certain genetic predispositions might turn to illegal substances when the going gets tough and experiencing some kind of trauma or abuse could be a trigger. And Gluck noted that while just seven or eight years ago statistics showed that 80 percent of addicts were men, those numbers have nearly evened out.

The general availability of opioids is another contributing factor to the growing number of drug related deaths in the Jewish community.

“There is a widespread ambivalence about serious drug use that has come about through prescription medicines,” observed Menachem Poznanski, a licensed clinical social worker and the director of Our Place’s The Living Room, a recovery clubhouse and community center for Jewish young adult addicts.

“People say ‘my doctor gave it to me’ or ‘my mother’ or ‘my wife’ and many become addicted. There is a general malaise and a cultural immaturity about what is a very serious topic. The transition from experimentation to abuse to addiction, as well as the transition from recreational drugs to illicit drugs, has become much faster and therefore more dangerous, so we really can’t afford to ignore the problem or just wait for it to play itself out.”

There are numerous steps to be taken to address the problem, Poznanski told the Jewish Press. All prescription medicines should be used as directed and then disposed of, instead of saving them for possible future use, and doctors should be far more judicious when prescribing opioids.

Dealing appropriately with someone who has an opioid problem is equally important. While substance abuse may be much more common today than it was just a few years ago, it is important to remember that while drug use should never be condoned, shaming and vilifying substance abusers is counterproductive.

“Most people who are exhibiting these behaviors are not well and they need our help, not our condemnation,” said Poznanski. “Parents and educators need to be educated to the warning signs of substance abuse, taking the danger seriously without becoming hysterical. We need a mature response to this problem and we have to acknowledge that this is a real concern.”

An article co-published by The New York Times and ProPublica, an independent investigative newsroom founded to expose abuses of power and betrayals of the public trust, reported that insurance companies share some of the blame for the opioid crisis due to their practice of limiting access to pain medications that carry a lower risk of addiction and are generally less expensive than more addictive opioids.

Dr. Thomas Frieden, head of the CDC under President Obama, criticized insurance companies for creating an environment in which it is easier for patients to obtain opioids than to be treated for their addictions. With a few exceptions, insurance companies had “not done what they need to do to address” the issue, said Frieden.

Northeastern University professor of law and health Leo Beletsky calls the use of incentives by insurance companies to encourage doctors to prescribe opioids “one of the major causes of the crisis.”

What kind of behaviors can indicate a serious substance abuse issue?

“It can be hard to tell sometimes,” said Gluck. “If an ‘A’ student suddenly starts doing poorly in school, it could be a sign of a problem. If a weak student inexplicably starts doing remarkably well it could also be a red flag. If a kid suddenly becomes withdrawn, depressed or anxious, it might also be a warning sign. The bottom line is that any sudden changes could be an indication that something is very wrong.”

Gluck is fighting back against the opioid epidemic with a massive education campaign, one that started slowly but has gained traction with packed audiences now turning out for awareness events in numerous Jewish communities.

“We are hoping there’s an end in sight,” he said.

“More and more schools have been welcoming us in to talk to students at even younger ages and we are hopeful that by reaching out early on we can finally start winning the war. Addiction is a huge problem and a serious illness. We need to provide emotional support for those who are suffering and keep them close, because you never know when they will turn around and be able to come back.” 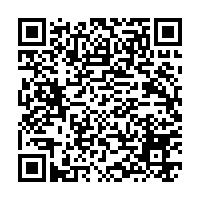