If the Jewish home is to survive as it did throughout the centuries, if it is to remain immune to the degeneracy and immorality of the outside world, it must become a bastion of Torah, where mothers and fathers stand guard day and night to prevent messengers of evil from entering – messengers who have the capacity to bring down the walls and set the entire house aflame.

But here comes the tricky part. As in all things, we cannot make generalizations. In a series of columns earlier this year on family breakdowns, we saw that even homes which, outwardly at least, house families committed to Torah can be torn by strife and acrimony.

Despite the glow of the Shabbos lights, despite family members’ adherence to the laws of kashrut and shmiras Shabbos, if you are close enough you can hear loud, angry voices spewing vile words – words that build walls of hatred and shut the gates of the heart.

How can that be? you ask. Where is the Torah? Where is the protective wall that should have shielded the house from the evils of the street?

My husband, Rabbi Meshulem HaLevi Jungreis, zt”l, would explain it all through a story:

A soap manufacturer came to a rabbi and said, “Rabbi, your Torah teachings are of no avail. I see so many out there who claim to be observant, but they are mean and miserable.”

The rabbi invited him to take a stroll in the park. He took him to the children’s playground and said, “Your soap is useless. It is of no avail. Look at those children – they are all dirty, covered with sand and mud!”

“What are you talking about?” the soap manufacturer retorted indignantly. “My soap is perfect, but these kids have been playing in the dirt and have yet to use it.”

“That’s exactly right.” the rabbi responded. “Our Torah is perfect, but there are many out there playing in the dirt and they have yet to use the powerful, cleansing force of our Torah!”

This story perfectly illustrates the fact that there are people who go through the motions of observance but it is something else again for them to allow the Torah to mold their lives and, yes, cleanse them.

The great sage of Mussar, Rabbi Yisroel Salanter, taught that for some people it is easier to learn an entire tractate of Talmud than to change even one character trait. Bad middos that are allowed to fester soon become ingrained and almost impossible to extricate.

For example, if someone is a ba’al ka’as – has an uncontrollable temper – he will succumb to that negative character trait despite all his promises to change. His words are empty, without substance. Perhaps for a few days he will appear to be different, but it is only an appearance, and in no time at all he will be back to his old ways. So it is that an angry secular person may become a shomer Shabbos angry person, and this holds true for all other character aberrations.

There is a well-known story of a cat trained to walk on its hind legs holding a tray with its front paws. One day, it sees some mice, and in no time at all it is chasing the mice on all fours. The lesson is obvious. Parents who wish to build solid families and enjoy loving relationships with their children must become living role models of the Torah and mitzvot that they preach.

The Shabbos candles are symbols of peace, but if those symbols are to have meaning they must be reflected in the words and actions of those who are living in that house. To make this change in our homes, to turn ourselves over and become real Torah people, is not an option but a life and death priority. The very lives of our families are at stake.

We need life coaches: rabbis and teachers who are willing to call us to task and address our failings. More important, we must be willing to accept their admonishment with an open heart and appreciation, and that is very difficult to find in our psychology-oriented society so given to scapegoating. There is always someone else who provoked it all, who is responsible.

There are precious few willing to accept the headache and frustration that comes with dealing with such people –ingrates who, instead of expressing gratitude, become even more hostile and accuse those who are trying to help of all kinds of ulterior motives.

So where does that leave us?

We need only come home to our Heavenly Father who proclaims, “Even if your sins be red as scarlet, I will make them white as snow.”

Can it be as easy as that?

Yes, if we will it! G-d created us and, if we truly desire it, He can re-create us and miracles will occur. 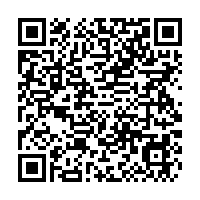