There’s nothing quite like the law of unintended consequences, which will trump social engineering legislation any day of the week.

Israel’s controversial plastic bag law, which supporters claimed would reduce the number of single-use supermarket plastic bags used and thrown away in Israel, went into effect on January 1st of this year. The law imposed a fee on the cheap light-weight plastic shopping bags previously handed out by supermarkets for free .


Before the ban went into effect, the Ministry of the Environment reported that tax revenue from the bags would only be NIS 200 million, as the number of plastic bags the public would buy and use would be significantly reduced.

Nearly one year later, it can be confirmed that the Ministry of the Environment may have misunderstood Israeli consumers and their needs.

While there was an initial drop in bag purchases for the first two months after the law passed in January 2017, by March the numbers already began to exceed the levels they were before the law passed, according to a report in YNet.

As no one is giving up their garbage bags, Israelis turned to purchasing cheaper garbage bags instead, buying even more plastic garbage bags to replace the now-expensive heavily-taxed plastic shopping bags.

A study by StoreNext, a company that analyzes checkout-counter data for supermarkets, discovered that the sale from all the plastic bag categories increased by 56% in 2017 compared to before the law.

There was specifically an 11% increase in the garbage bag category.

The all time high of plastic bag purchases was reached in August, when 30.6 million bags were sold. In October the number stood at 29.2 million bags. 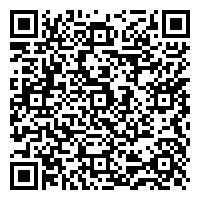