While the establishment of the State of Israel in 1948 was the fulfillment of a dream for the Jewish people, it also kindled old-new tensions with the Catholic Church.

On January 26, 1904, Theodor Herzl arrived at the Vatican for an interview with Pope Pius X. Herzl hoped to gain papal support for the Zionist dream of establishing a Jewish state in Eretz Yisrael. He recorded his disappointing conversation with Pius in his diary, which is excerpted below:


I briefly placed my request before him. He, however, possibly annoyed by my refusal to kiss his hand, answered sternly and resolutely:

“We cannot give approval to this movement. We cannot prevent the Jews from going to Jerusalem – but we could never sanction it. The soil of Jerusalem, if it was not always sacred, has been sanctified by the life of Jesus Christ. As the head of the Church I cannot tell you anything different. The Jews have not recognized our Lord, therefore we cannot recognize the Jewish people.”

“And its present status, Holy Father?”

“I know, it is not pleasant to see the Turks in possession of our Holy Places. We simply have to put up with that. But to support the Jews in the acquisition of the Holy Places, that we cannot do.”

At the end of the 25-minute meeting, the pope repeated the Vatican’s stance: Non possumus! – We can’t!

With those two words, Pius X summed up the 1,900-year-old “special” relationship between the Jews and the Catholic Church – a tortuous theological and political relationship that would see tremendous changes before the century’s end.

The Church has always had a problem with the Jews. While the average Christian might not have been aware of the Jewish origins of his religion’s savior, Church officials were more knowledgeable. Yet, despite Christianity’s Jewish roots, as the religion spread and grew dominant it was deemed unthinkable that Jews and Christians should have equal footing. Early Church leaders, therefore, sought ways to explain and solve the problem of the Jews’ continued existence in the world.

Augustine of Hippo was one of the most influential of these early leaders. He wrote that the reason why Jews still existed was because God wanted them to witness the Church’s triumph over the Synagogue, which they would do while they wandered, stateless and despised, over the face of the earth until the end of time. He also wrote that the promises made to the Jewish people in the Torah had been transferred to the Church and its followers, who were the “New Israel.”

Augustine’s position was echoed by the popes who followed, including Innocent III, a powerful medieval pope who organized the Fourth Crusade. He stated that Jews were doomed to wander the face of the earth, filled with shame, until they converted – although he stressed that those conversions were supposed to happen freely and not through force.

For nearly 2,000 years it seemed the Church could back these claims with “facts on the ground.” The Jews were exiled from Eretz Yisrael and the Temple was destroyed. The history of the Jews in Europe was one of wandering, with communities being expelled on a regular basis. The idea that Jews had become subservient to Christians often led to restrictive and demeaning legislation affecting the professions Jews could work in, where they could live, and even the clothes they could wear. The supposed religious prophecy was being fulfilled through secular law.

Given such an atmosphere, it’s not surprising that Pius X, a conservative thinker, emphatically rejected the idea of a Jewish state in Eretz Yisrael. The pope’s placid acceptance of Muslim Turkish rule over Christian holy places, though, requires some explanation.

The Christian world only reluctantly accepted Muslim rule over the Holy Land. Christian popes and kings tried to gain control of Eretz Yisrael during the Middle Ages, but their two-centuries-long Crusades ended in final defeat when the last Catholic outpost fell in 1291. After the Turks captured Jerusalem in 1517, the Ottoman Empire remained in control for the next 400 years, until Great Britain became the new ruler after World War I.

French Emperor Louis-Napoleon decided to reassert his country’s rights in the 1850s, a move that was opposed by Russian Czar Nicholas I. The Czar wanted Russia, which belonged to the Eastern Orthodox Church, to control not just the Holy Land but the entire Near East. Turkey wasn’t happy about that and soon the countries were engaged in the Crimean War.

Turkey wisely sided with France and Britain, the victors, against Russia, and so it maintained territorial control of the Holy Land. Another outcome of the Crimean War was the confirmation of a status quo concerning seven sites in the Holy Land claimed by conflicting Christian sects – such as the Church of the Holy Sepulchre – and two sites claimed by Jews and Muslims, the Temple Mount and Rachel’s Tomb. The Catholic Church retained ownership over the Christian sites “forever,” as well as authority over how religious rites would be observed at those sites. The Muslims retained control over the Temple Mount and Rachel’s Tomb “forever,” according to the status quo.

The world after World War I was anything but status quo. The Russian Revolution had turned Russia into a communist country, and the new regime had no interest in overseeing Christian sites in Jerusalem or elsewhere. Turkey, which had sided with Germany in that conflict, lost control of the Holy Land. During the war, France and Britain, anticipating victory, had divided the Middle East between them. France ceded its claim to be the ruling power in the Holy Land to Great Britain in return for other lands.

Although Britain was a Protestant country, the Church didn’t object to it receiving a mandate to rule over Palestine, albeit with certain provisos. Namely, the Church wanted areas important to its history and religion – Jerusalem, Bethlehem, Nazareth, Tiberius, and Jericho – to come under international rule. Naturally, the Church wanted to play a leading role in deciding what went on in this international zone, after it was established.

The Church was aware that the British government supported the establishment of a Jewish homeland in Palestine. Indeed, while the British were garnering international support for the Balfour Declaration, issued in November 1917, Nachum Sokolow met with Pope Benedict XV to secure papal support for the Zionist endeavor. Unlike Pope Pius X before him, Benedict purportedly encouraged Sokolow, saying, “Yes, I believe we will be good neighbors.”

Yet even though the pope had seemingly endorsed the Balfour Declaration, this was only a partial concession to the British and not a radical change vis-à-vis the Jews. If the Jews wanted to set up agricultural colonies along the Mediterranean coast or in the Negev, the Church wouldn’t protest. But the Church hadn’t given up its claims to Jerusalem and other holy sites, nor its opposition to the establishment of an independent Jewish state, which would put an end to the Jewish people’s “eternal” wandering. In the words of Cardinal Pietro Gasparri, the Church’s secretary of state, “The transformation of Palestine into a Jewish state would not only endanger the Holy Places and injure the feelings of all Christians, it would also be very harmful for the country itself.”

In the years immediately following World War I, the Church continued to vigorously lobby against the establishment of a Jewish state in Palestine. Along with their objection to Jews having control over Christian holy sites, Church officials lodged a new protest: the Zionists were Bolsheviks, and their antireligious views would undermine the religious and moral values of the land’s Christian population.

By the 1930s, Britain was starting to bow to Arab demands and withdraw its support for a Jewish state. When it issued its White Paper in 1938, which limited Jewish immigration to Eretz Yisrael and restricted land sales to Jews, the Vatican was pleased.

World War II and the Holocaust didn’t change the Church’s stance. Cardinal Luigi Maglione, who was the Vatican’s secretary of state during the war years, wrote in May 1943 that it wouldn’t be difficult, “if one wants to establish a ‘Jewish Home,’ to find other territories, which could better fulfill this aim, while Palestine, under Jewish predominance, would bring new and grave international problems.”

After World War II, Britain decided to get out of Palestine and let the United Nations deal with the escalating tensions between the Jews and the Arabs. The proposed solution, the 1947 Partition Plan, divided the area into a Jewish state, an Arab state, and a Corpus Separatum (separated body) for Jerusalem, Bethlehem, and their environs. This Corpus Separatum would be an international zone, administered by the United Nations. Having lobbied so long and so hard for international status for Jerusalem, the Vatican had to swallow its aversion to a Jewish state and silence whatever objections it had to the UN resolution.

The Partition Plan was never implemented. Instead, after the British left Palestine, war broke out. In May 1948 the State of Israel was established. The new Jewish state claimed West Jerusalem, while Jordan ruled over East Jerusalem and Bethlehem. Although Jordan upheld the Ottoman-era status quo for the Christian sites, Jews were denied access to Jewish holy sites such as the Kotel.

The Church refused to recognize the new State of Israel. On May 14, 1948, the Vatican’s official newspaper, L’Osservatore Romano, declared, “Modern Israel is not the true heir of Biblical Israel, but a secular state . . . Therefore, the Holy Land and its sacred sites belong to Christianity, the True Israel.”

The Vatican only entered into full diplomatic relations with Israel in 1993, although it did have to soften its stance after the Jewish state gained control over all of Jerusalem, as well as Bethlehem, during the 1967 Six-Day War. But the post-1967 political facts on the ground were perhaps less traumatic for the Church than they might have been even a decade earlier due to a theological bombshell that had been dropped just a few years before by the Vatican itself, a declaration called Nostra Aetate (In Our Time).

In the tenth and final part of this series, we’ll take a look at the ground-breaking Nostra Aetate, which proposed a dramatically changed relationship between Jews and the Church.

Cross on the Star of David: The Christian World in Israel’s Foreign Policy, 1948-1967

“Theodor Herzl: Audience with Pope Pius X (1904),” Texts from the History of the Relationship, Council of Centers on Jewish-Christian Relations (CCJR). 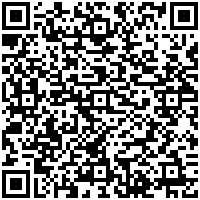