This is the story of three dresses – three wedding dresses. My mother’s, my own, and a gown from my daughter’s wedding. One dress was preserved; one was thrown away; one was bequeathed to unknown future celebrants. I think of these things now, in this pre-Pesach period, when we attempt to discard the many keepsakes and mementos in our crowded closets.

The first dress was an heirloom. It was my mother’s wedding gown. Several years after she passed away, we opened the box containing her gown. For sixty years it had lain there, lovingly folded and swathed in tissue paper. It was a simple and slim, an ivory colored, water print silk gown. It was so small that even a skinny, teenage granddaughter of mine could barely squeeze into it. It filled me with sadness. I’d so much rather have had my mother in the room than her gown. We rewrapped it with love and put it back into its box, waiting to be used once again for…. I don’t know what or whom.

The second dress was my own. It had been boxed for a mere forty or so years, but it did not weather well. Its yards of silk and chiffon were badly mildewed and covered with brown fungus. One look and it went straight into a black bag and out to the garbage. But the memories of the wedding are still fresh (although a bit outdated…) and the lack of a gown to mark the event is insignificant.

The third dress was also mine, but it wasn’t white. It was black, regal, elegant, and shimmering with natznatzim (sequins to you readers abroad) and lace. It was for our daughter’s wedding – our one and only daughter amongst four older brothers – and this dress was going to be super special. Lovingly designed by its owner, the material purchased in one of Tel Aviv’s most fashionable stores and sewn by a professional seamstress, this was not one of your run-of-the-mill dresses gotten off a rack.

It didn’t turn out quite as perfect as I had planned (although it did turn out to be more expensive), but after numerous fittings, it was truly a beautiful piece of clothing. So beautiful, that after the wedding, I wrapped it in tissue paper, put it in a long bag and hung it up in my closet where it sat for the next twenty years. It was too fancy to wear to just any wedding and too costly to just give away, so there it remained in its lonely splendor, watching silently as other dresses came and went, styles changed, and the world continued on its merry way. It saw the light of day once a year before Pesach when it was unwrapped, shook out, dusted down, rewrapped and returned to its place.

Yet every dress has its day and so did this one. Twenty years later, a granddaughter became a bride. Hers was a formal, frum wedding where black was di regeur. (I had considered buying a perfectly smashing outfit with a reddish colored tunic, but was discouraged from doing so.) A trifle loosening of the waistline (twenty years do leave their sign), a few stitches to strengthen loosened sequins and we were in business. My vintage black design still elicited wows and universal admiration. This time around, it was a perfect bubby dress, a smashing success.

Nonetheless, a few years later, when I suggested wearing it a third time for another grandchild’s wedding, I was told that twice is enough. As the grandmother of the next groom-to-be, I had certain obligations to fulfill and, this time, one of them was the purchase of a new dress. So I sighed and returned my black masterpiece to the closet. It doesn’t pay to argue with your children, but I was not yet psychologically ready to part with it. As grandchildren grew up, there were, Baruch Hashem, more weddings. Each time I went back to my closet, but, alas, I was not allowed to wear my dress.

Finally, I gave up. A gemach in the neighborhood offered fancy clothing for celebrations and I added my dress to its collection. It was like closing a door on my past. Sorrowfully, I said goodbye to several expensive yards of stitched-in-memories and hoped the dress would still bring joy to the world. Surprisingly, the moment I left it behind, it left me too. I promptly forgot about it, enjoyed the extra space in my closet and looked forward to filling it with a new dress I intended to purchase.

Today, when clothing is much less expensive, dresses come and go, rarely sticking around more than a season or two. So what can one learn from this saga of dresses? Surely there must be some wisdom to be culled from all that beautiful, emotion-laden material!

Perhaps the lesson is that heirlooms, keepsakes and mementos, nostalgic as they may be, are not really vital to our emotional well-being. Once they begin to clutter our closets, our drawers and our minds, it’s time to clear them away. I saved albums full of kindergarten masterpieces for children who refused to accept them when they married and moved into their own homes. At which point I threatened: “They’re your pictures and they belong in your new home. It’s into your home or into my garbage!” One after the other, they unanimously chose my garbage. Silly, emotional mother that I am, I thought I had been saving memories, but for twenty years, all I was saving was junk.

But memories are treasures. If accompanied by a memento, token or keepsake, that’s lovely. I’ll be the first to admit that a precious heirloom is truly precious. Who would refuse a ring or a candelabra that belonged to her great-grandmother? But most physical relics disintegrate or disappear with time and your souvenirs are not necessarily cherished by anyone except you. As Pesach approaches and your attention turns to the clutter in your closet, it’s time to say goodbye. Out with the old and in with the new! A new season is upon us and, please God, we shall fill it with fresh, new life, activity, memories … and dresses! 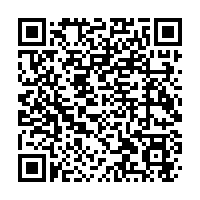