A recently published anthology of essays by Rabbi Aharon Lichtenstein, zt”l, entitled, “By His Light” edited by Rabbi Reuven Ziegler, [Maggid Publishers, 2016] contains a most scholarly essay dealing with Purim as first presented in 1984 entitled, “If You Remain Silent at This Time: Concern for the Jewish People.”

This most serious essay goes deep into the relationship between Esther and Mordecai in how they attempted to strategize their efforts at prevent Haman’s plans of genocide of the Jewish people.


Rabbi Lichtenstein’s analysis of the events, especially the dialogues between them, serves as a lesson for our people’s leaders to read, and emulate in the many years to come.

Mordecai, in responding with Esther’s hesitations, uses as part of his argument with her two key phrases:

“Do not imagine that you will escape in the king’s palace from all the Jews.”

“For if you remain silent at this time, relief and deliverance will arise for the Jews elsewhere, but you and your father’s house will perish.”

These two admonitions by Mordecai to Esther are concluded with the following:

“Who knows, perhaps for the sake of a time such as this you have come to join the royalty?”

This sober reflection with all its inherent political reality must serve as a serious and severe admonition to all of our leaders today when they consider their actions on behalf of our people. Given current events they must do no less on our people’s behalf. 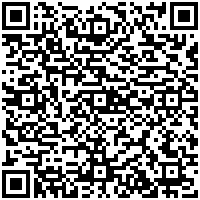