The Golds* were in Israel for a family simcha when their 90-year-old grandfather suddenly took ill. One phone call later, Chaim V’Chessed representatives arrived at the scene and eventually arranged for medical transport back to the United States. Mrs. Sherman’s son had been coughing for a week, but at the doctor’s office, she discovered that he wasn’t covered by insurance. One call to Chaim V’Chessed guided her through the bureaucratic maze of getting him coverage again. Newly married Yonatan and Shani were brimming with exciting news until a routine doctor’s visit left them confused, afraid and very much alone. One call to Chaim V’Chessed and they knew that there was someone who cared and who would guide them. Chaim V’Chessed is the organization that helps Anglos navigate life in Israel.

Rabbi Paysach Freedman has been living in Israel since his marriage in 1996. “Even though I speak Hebrew, dealing with health clinics, Bituach Leumi (National Insurance) and local bureaucracy was always challenging,” he says. It didn’t take him long to notice that Anglos, whether new immigrants or veterans, are more challenged than Israelis when it comes to bureaucracy. Sometimes it’s a question of mentality – Anglos simply don’t know how things run in Israel.

“If an English-speaker is told that there are no appointments available for the physiotherapy treatments he needs for his shoulder for the next four months, he’ll most likely resign himself to the wait – by which time his shoulder will have atrophied. He simply doesn’t know that he has to keep calling back,” explains Rabbi Freedman.

Sometimes the challenges are rooted in a lack of family support. “Today’s Anglo population is made up of a high percentage of elderly people who made aliyah twenty or thirty years ago and whose children are living abroad. They don’t have anyone who can advocate for them. For example, we are helping a 90-year-old man with two broken hips. His eighty-nine-year-old wife obviously can’t give him the care he needs and there are no children or grandchildren who can take over.”

“My involvement in communal tzedaka activities opened up a whole new arena of chessed. It became clear that someone who was undergoing a medical crisis needed not only financial assistance, but also help with approaching his insurance. Someone whose kid was arrested needed help on how to deal with the police,” says Rabbi Freedman. “I realized that we needed a one-stop chessed organization to service Anglos.”

When Rabbi Freedman approached donors with his idea, they didn’t need to be convinced of the need for such an organization. Rabbinical support too was immediate. “In times of crisis people often turn to their rabbis for help, but that isn’t necessarily the right address.” says Rabbi Freedman. People need someone to tell them which organization to approach and to help them within that system. “Today, our primary sources of referral are from rabbis,” he says.

In 2014, Rabbi Freedman and his nascent team spent six months identifying every possible area of difficulty. Then they set out to research each area. What are the most common issues in these areas? Which existing organizations serve them? They compiled a tremendous amount of information and, more importantly, learned the ropes of each area and whom to approach for what. “We determined the right addresses to turn to for solutions and established contacts with all the key players,” says Rabbi Freedman.

Do you need someone to advocate for you in the hospital or need information about health clinics and other medical queries, including complications related to pregnancy and infertility? Are you up against a wall in the Interior Ministry, National Insurance or any other government office? Are you floundering in the special education system trying to find the right evaluation, therapy, program option and grant for your child? Do you need help with funeral arrangements? Chaim V’Chessed’s staff of eight paid professionals and dedicated corps of volunteers are available to deal with everything from life-threatening issues to the obstacles inherent in just getting through each day.

In Israel both the Immigration and Absorption Ministry and Nefesh B’Nefesh aid new immigrants by providing accurate information and helping them with their rights. How, then, has Chaim V’Chessed filled a vacuum? The hands-on organization lobbies actively for Anglos by calling offices and municipalities about issues and by even intervening physically. “While Chaim V’Chessed doesn’t make medical referrals, the organization will arrange all the logistics for you,” says Rabbi Freedman. “The last two years we have faced situations that are crazier than I ever could have imagined,” he says. For example? “A woman had been fasting for eleven hours in preparation for surgery, but was kept waiting because of politics between the doctor and anesthesiologist,” he says.

Chaim V’Chessed is also active in other ways. A recent special education fair guided dozens of mothers on how to get the most out of the Israeli special education system. Mesila, an acclaimed organization that guides families toward financial stability, recently met with Rabbi Freedman who advised Mesila’s trainees on little-known benefits and tips on accessing government aid, which English-speakers in Israel are often unaware of.

Chaim V’Chessed’s hotline (which includes an emergency notification system for after-hours) is open Sunday through Thursday. “Per day we average about 50 new cases that start with hotline calls or emails,” says Sarah Sacks, bureaucratic advisor at Chaim V’Chessed and head of the PR department. Work at Chaim V’Chessed doesn’t end with lights out, but the satisfaction of knowing that the organization is helping people in a real way keeps the team going. So if you need any help, don’t hesitate to call.

Chaim V’Chessed Does More Than The Leg-Work

After almost a year of endless testing, Varda Sobin* learned that the growth on her son’s hand had to be removed. She had past experience with a phenomenal doctor, so Varda organized the paperwork and scheduled an appointment. Two weeks before the appointment, she contacted her clinic to request the standard guarantee-to-pay (hitchayvut) for the procedure. She was turned down. Since the doctor’s specialty was craniotomy (head-related surgeries), his appointments could be encoded only as craniotomy. That meant that surgery would cost 74,000 NIS, as opposed to the 20,000 NIS that Varda had expected.

She called Chaim V’Chessed. Rabbi Freedman made several trips to the health clinic branches, spoke with secretaries and clarified details. When he didn’t get a positive response, he involved the Ministry of Health. The day before the appointment, the secretary called the doctor, who was out of the country. He gave her a different code that the hospital would accept. Rabbi Freedman immediately ran to the health clinic and successfully applied for a guarantee-to-pay.

When A Life Hangs In The Balance

Tova and Hillel Tannenbaum* arrived in Israel for a family celebration. Two days later, Hillel became extremely weak, his blood pressure dropped and his heartbeat sped up. When the couple arrived at the hospital emergency room, they didn’t realize that Hillel was bleeding internally and losing blood fast. Tova was completely overwhelmed by the medical system and her limited command of Hebrew added to the stress. Following the recommendation of a relative who had seen an ad for Chaim V’Chessed, Tova called them and Rabbi Freedman was at the hospital within a half hour to take charge. And bring the couple some food.

After numerous failed procedures, Zevi helped organize emergency surgery by an outstanding surgeon on a Friday afternoon, when medical services are greatly reduced. The surgery was successful. “It’s impossible to describe the comfort they gave us by being there for us and making sure we were cared for. They played a large role in saving my husband’s life,” says Tova.

What’s Wrong With My Son?

When Goldie Taub’s* 12-year-old daughter, Faigy, suddenly began complaining of dizziness and couldn’t walk straight, Goldie suspected a virus. But the virus didn’t go away. A week later, her pediatrician sent her to the emergency room at one of the top hospitals in Jerusalem. An immediate CAT scan showed that, thankfully, they weren’t dealing with a tumor. “We spent five days, and later another six days, in the hospital going through the occasional test and seeing the occasional doctor,” says Goldie. “I felt like the hospital was simply making money on us.”

Goldie and Faigy were released with a “crazy” diagnosis – strep. “I knew it wasn’t strep and I knew I wasn’t going back to that hospital, so when a diagnostician told us that we needed an immediate MRI, I had no idea how that was going to happen,” says Goldie. The Taubs, originally from New York, have been living in Israel for over twenty years and are so completely integrated that no one would guess their children aren’t Israeli. “But when it comes to navigating the medical system, I was totally clueless,” says Goldie. “I don’t have elbows, don’t have connections and don’t understand the mentality.” Luckily, a co-worker told Goldie about Chaim V’Chessed.

“After one call, Zevi Weingarten was in charge,” says Goldie. He arranged an immediate MRI appointment (bypassing the usual four month wait), personally took the scan to a top professor for analysis, delivered all the forms to the Taubs and set them on the next stage by advising them whom to talk to. It took ten months and several more MRIs before Faigy was diagnosed with multiple sclerosis, primarily an adult condition. “Zevi was there for us the entire time. Sometimes I had to speak to him five times a day,” says Goldie.

But there was even more help on the horizon. “We had basically decided that we were going to treat Faigy in Jerusalem when Rabbi Pesach Freedman called one Friday morning. With tremendous sensitivity, he explained why Faigy should be treated in Tel Hashomer Hospital, a full hour’s drive from Jerusalem,” says Goldie. “It was hard for me to think rationally at the time. Rabbi Freedman helped me see what was best for Faigy.” Thank God, Faigy is receiving excellent care and will be able to live a normal life. “I don’t know how this would have happened without Chaim V’Chessed,” says Goldie.

Contact Chaim V’Chessed via email at support@chaimvchessed.com or at 072-CHESSED. 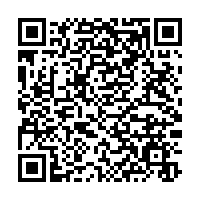