Adolph Eichmann is the only person, to this day, to ever be sentenced to execution by the state of Israel. Regarded as one of the most notorious Nazi criminals, Eichmann’s saga of capture and trial is featured in “Operation Finale: The Capture and Trial Of Adolph Eichmann,” the new exhibit at the Museum of Jewish Heritage in downtown Manhattan, on display until December 22.

Adolph Eichmann is considered the mastermind behind the Final Solution to the Jewish Problem, or the mass deportation and systematic murder of Jews during the Holocaust. Operational Finale was the code name given by the Mossad to the mission of finding and capturing Eichmann after the Holocaust.


“The exhibit is not about Eichmann,” said Yitzchak Mais, a consultant curator on the exhibition. “The exhibition focuses more on the capture…and the legacy as a result of the trial.”

The Eichmann trial was the first trial to be televised to an international audience and marked the first time many survivors spoke out about their experiences in the Holocaust. “The trial was very much a catalyst in the phenomenon of what I would call survivor empowerment,” said Mais.

It started out as a hunch. A Holocaust survivor living in Argentina was the key for the ultimate downfall of a man going by the name of Ricardo Klement, Eichmann’s alias. What followed was one of the most gripping spy dramas to take place off the screen; a story of secrecy, stealth, and determination.

The 4,000-square-foot exhibition is arranged chronologically and details the events of Eichmann’s capture by Mossad agents in Argentina, his transport to Israel, and his ultimate international trial. One-hundred-and-thirty recently declassified original artifacts are on display for public viewing, including photos, forged documents, maps, and the very goggles agents used to cover Eichmann’s eyes during his capture.

“The secrecy of the operation is also one of the most fascinating elements,” noted Mais. At the time of Operation Finale, being covert was crucial. The exhibit reveals the surveillance and footage, taken by concealed cameras, used to identify Eichmann before his capture.

The culmination of Operation Finale is at the end, where a recreation of Eichmann’s trial stands eerily empty and devoid of an audience. Here, witness testimony is projected on the walls as the famous bulletproof box that once held the monster himself is forced to listen to it forever. Etched on the walls are the famous words of Eichmann: “To sum it all up, I must say that I regret nothing.”

A panoramic view of the Hudson awaits visitors on the other side of the exhibit. After an immersive Holocaust experience, Lady Liberty stands in welcome contrast, a poignant reminder of the life of freedom we can sometimes take for granted.

“As we move into a time and place where there are fewer and fewer survivors available to tell their story, eyewitness accounts become that much more complicated,” explained Museum President and CEO Michael S. Glickman. To Glickman, putting the human testimony in the museum is of utmost importance.

“I think that is something that is incredibly moving and it gets me every time,” said Glickman.

After undergoing adaptation for an American audience, “Operation Finale” made its New York premiere at the Museum of Jewish Heritage on July 16. 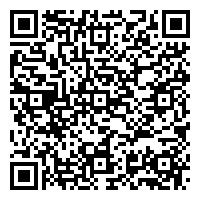