Last week I wrote about the many disappointments in life. So often we dream of something, wish for something, pray for something – only to discover that when it happens, it is not quite the way we envisioned it.

I related a Hungarian story I recalled from my childhood about a little boy who more than anything else wanted a rocking horse, a coveted toy in Hungary. One day his mother became ill and died. He looked out the window and saw a hearse pulled by black horses outside the house. With tears streaming down his face he cried, “This is not the horse I wanted.”

We all have occasions when with broken hearts we too cry out, “This is not the horse I wanted.”

I wrote last week that my saintly mother, Rebbetzin Miriam Jungreis, a”h, never tired of telling us about the “candy trees” in Jerusalem. Even in the darkest moments in the concentration camps my mother would relay the story again and again, and we children never tired of it. The image of those trees imbued us with strength and hope. They became part of our lives, part of our dreams.

When I came to Jerusalem for the first time, I searched for those trees. To me, Jerusalem was always a city of sanctity and healing, a city where the winds embrace us with love, where G-d hears our prayers, even if we just whisper them. Yes, of course, it was a city of “candy trees.”

I realize that our contemporary generation laughs and ridicules such nonsense. How can a mature, intelligent woman believe such fairy tales? But I believed and I continue to believe. To me Eretz Yisrael was always a land of magic, a land where G-d Himself resides. I know G-d resides everywhere; there’s no dot on earth where His presence is not felt. But still, in Jerusalem it’s different. Over there you don’t have to search too hard, you just have to yearn – with all your heart and soul. Just be patient and never give up. If we stay steadfast and cling to our G-d we will hear His answer and discover our own “candy trees.”

The miracle of Eretz Yisrael should touch even the most hardened among us. The living skeletons of Auschwitz, Treblinka, Dachau, and Belgen Belsen arrived in our Holy Land only to find their lives once again in jeopardy. With one hand they held a gun and with the other they irrigated the lifeless soil. They planted forests and orchards. They turned a desolate land that was dormant for almost 2,000 years into a magnificent garden – and this despite the fact that they had no knowledge of or experience with farming.

We who were oppressed, enslaved, tortured, and beaten, and who for almost two millennia were not permitted to hold a weapon in our hands, were called on to fight. And, miracle of miracles, we became David and our slingshot defeated the Goliaths. It all happened before our very eyes, but we chose not to see. We remained blind and deaf.

King David predicted it all: “When G-d will return the captives of Zion we shall be like dreamers.” Yes, we were like dreamers and have yet to awaken from our slumber.

I remember when I graduated from Bais Yaakov and took my first job. I saved every penny because it was my dream to go to Eretz Yisrael and help my brethren who were arriving home from the four corners of the earth. My parents never thought of stopping me. They understood the fire that was burning in my soul, for they were the ones who kindled the flame.

I boarded a ship to France, traveled by train to Paris, and from there to Marseille. It was in Marseille that for the first time in my life I saw a Jewish ship. I saw Jewish uniforms. I couldn’t stop crying.

After a long journey during which every moment was filled with prayers and hope, we were told our ship would soon be approaching the shores of Eretz Yisrael. All of us stood on deck the entire night so that we might catch the first glimpse of our Holy Land. When we spotted Haifa, we burst out with songs of praise to Hashem. Our joy knew no bounds. I remember the very first time I walked on the soil of Eretz Yisrael. I fell to the ground and kissed every speck of dust I could. And I wept uncontrollably.

Today we travel to Israel on jets and arrive at a state-of-the-art airport. We rush to collect our luggage but, instead of falling to the ground or kissing the soil, we are busy with other things. We are running. We have no patience for sentimentality. We get to our hotel and examine our accommodations. Often they do not meet our expectations.

I recall that first trip to Eretz Yisrael and then I think of today. And once again the Hungarian allegory comes to mind: “This is not the horse I wanted.”

Life goes on. The miracles of G-d continue, but we do not see or hear them. Israel is called upon to battle, and those battles never cease. And yet we survive. It is G-d who is leading us in our battles. Goliath is still determined to blot us off the map. With G-d’s help, we are David, we are triumphant. “Ki lo yitosh Hashem es Amo – G-d will not forsake His people.”

Israel is one more proof that He has not forsaken us. But we in our deep slumber congratulate ourselves on our strength and proclaim, “Kochi v’otzem Yadi – my power and my strength did all this.” And so it’s business as usual as we continue to build the walls of hostility, animosity, and jealousy that divide us and we fail to see the larger picture – the miracle before us.

Where did we go wrong? Where did the confusion start? We Jews have an uncanny way of doing things in reverse. We celebrate Israel’s Independence Day but fail to ask, “Independent from whom, from what?” The answer to that is the answer to our survival – to our very lives. Yes, we are independent of the nations of the world and we do not bow down to their will. But this can only work if we recognize our total dependence on our G-d. Until we understand this basic truth and absorb it in our hearts, I’m afraid the struggle will continue and, G-d forbid, the wars will go on.

In one of my first speeches in Eretz Yisrael I spoke of the tragedy of our times: that so many of us speak the holy tongue yet don’t know how to pray, that so many of us live in the Holy Land yet have no faith. It would be so different if only we opened our hearts and turned to our G-d.

It is so simple and yet so hard. When will we wake up? 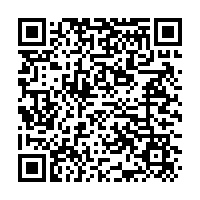