Reader Yosef Tannenbaum’s letter (March 2) concerning The Jewish Press’s coverage of the Parkland massacre has me more than confused. I’m utterly baffled by it.


The letter compliments the paper for its news coverage, which I wholeheartedly agree with, but Mr. Tannenbaum then asks if The Jewish Press “has nothing to say” editorially about the shooting and wonders whether the paper has “adopted a policy of not criticizing anything Donald Trump or the Republican Party does.”

My questions to Mr. Tannenbaum are simple.

Why not an iota of criticism directed at the local Parkland police, the Sheriff’s Department, and the FBI for their glaring, egregious, and unexplainable behavior in allowing an obviously unbalanced threat to society to remain free?

A plethora of accumulating and quite disturbing revelations on the record about this young man, and no arrest was made before he could do any harm? Why not?

Why blame the Republican Party and not both parties as well as both Houses of Congress? Why does the liberal Jewish mindset leap at the opportunity to blame Trump? The same mindset is incredibly silent when Trump breaks longstanding Oval Office and State Department tradition and recognizes Jerusalem as Israel’s capital. Oh, how glorious and long the celebrations would have been had Barack Obama done the very same thing.

Trump spoke, immediately following the Parkland tragedy, of the need to improve background checks, and he urged the NRA to change some of its policies. He also advocated for teachers, coaches, and other school personnel to be armed and trained for potential future crises.

Loved Obama and despise Trump? Fine, that’s America, but these tragedies that arise within the framework of a diverse population of some 320 million people shouldn’t be so easily politicized, nor should fault be assigned by falling back on our political likes and dislikes.

Yosef Tannenbaum questions why there was no editorial on the Parkland murders, and expected you to blame President Trump, “the Republicans,” and the National Rifle Association for this tragedy.

Why is it that when we have an opportunity to come together as a nation, some liberals, Democrats, and leftists have to ghoulishly exploit mass murder to blame their “enemies” and achieve their goal of disarming law-abiding Americans?

Some of the reasons tragedies like this occur include mental illness, systemic failures on the part of law enforcement agencies, exposure of our children to extreme violence in movies and video games and to abuse and bullying on social media, a lack of discipline at home and in our schools, a failure to hold our children accountable for their actions, and a lack of proper values in our children’s lives. These have nothing to do with the president, the Republicans, or the NRA.

The Parkland shooter had a history of violent behavior. Police were called to his house many times, but they did not arrest him because the school board had an agreement with the police not to arrest any students. The FBI received a viable tip indicating he wanted to shoot up a school, but the lead was not pursued.

The following facts are incredible: A student saw the shooter in a stairway loading his rifle, but did nothing to try to stop him when told “things are going to get messy around here.” The student left the building, did not call 911, but informed a teacher. The teacher drove the student to a baseball field, and then went back to the school to check it out, but the shooting had already started.

Why did the armed deputy sheriff assigned to protect the school stand around during the shooting? And can it be true that three police officers arrived at the scene and took cover behind their vehicles rather than enter the school?

On the other hand, arming teachers who are not trained to be police officers could be disastrous. What happens when a police officer enters a school during a shooting and encounters a teacher with a gun?

We should increase the age to purchase a firearm to 21. Most school shooters are under 21. We have to improve the background check system. Schools need to lock all entrances and install shatterproof glass and alarms. A heavily armed security guard should be stationed in every school.

This past month marked the tenth anniversary of the passing of National Review magazine founder William F. Buckley Jr. He hosted “Firing Line” which was the longest-running public affairs show – more than 33 years and 1,500 episodes with the same host.  He interviewed many important public officials as well as many controversial figures of the time. In many cases, he was the first to offer a conservative versus liberal debate on controversial issues of interest to viewers.

Buckley also played a critical role in founding the national conservative high school and college youth group Young Americans For Freedom in 1960 and the New York State Conservative Party in 1962.

The Conservative Party was created to provide a philosophical conservative alternative to a Republican Party then dominated by liberals like Nelson Rockefeller, Jacob Javits, Louis Lefkowitz, and John Lindsay. 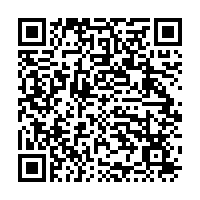