The phenomenon was confirmed by the Israel Defense Force on Wednesday, with a spokesperson saying military personnel are “dealing with the issue with their Egyptian counterparts… We have a dialogue with them on this issue.”


However, the blackouts – which have been taking place for the past two weeks – are likely to continue, a military source said.

The disruptions are taking place on Egyptian territory, said the source, and given the size of the operation against “the enemy” the blackouts were deemed to be “no surprise.”

The head of the Eshkol Regional Council, however, is insisting the issue be addressed immediately. For southern Israel, particularly for those living close to the Gaza border, the issue of communications is a life-and-death matter.

The Council’s legal department also wrote on behalf of the residents to the cellular networks to pressure them into addressing the issue.

“Lack of response and failure to deal with the malfunction so far by the cellular companies and the Ministry of Communications shows scorn for the residents of the Gaza vicinity who are carrying on their daily routine under constant security threat,” Gadi Yarkoni said in a statement.

“Proper cellular communication is essential for managing daily routines, as in every area of the country, and certainly in such a sensitive area such as ours in terms of security,” he continued. “Disruptions in communications here in the area are life-threatening.” 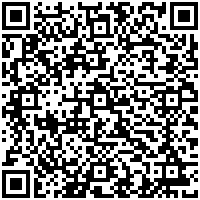