I’m in a bind.  Until just recently, I didn’t think there was any problem to worry about, however, an encounter with a friend has shown me that I may indeed have a big one.  I think I have a behavior problem that is coming back to bite me because it has become second nature and do it without even realizing.  I can’t recall when it really started getting out of hand, I only know that almost all of my good friends no longer want to fraternize with me and most of them seem not to believe anything I say.

I am a man in my latter twenties, who held down a reasonably responsible position at work; I enjoyed an active social life and was considered the life of the party.  I never lacked for attention, as I am a good storyteller. I never lacked female companionship, and my social calendar was always full. Then, about a year and change ago, a new fellow joined our ranks in the office and quickly found his place in our group. I guess I must have begun to feel a bit threatened, a bit jealous at the masterful way he commanded everyone’s attention. Max was well traveled and had an endless supply of stories of his adventures abroad. He was also quite well to do, often treating everyone to lunch or sports events, something I could never do, and he had many acquaintances in the arts and entertainment world, which afforded him more star power with our group.

I was absolutely crushed at my sudden change of status, at my position being supplanted by this other person. I started to think of how I could get back my original pinochle of power with my peers. So I maxed out my credit cards (no pun intended) and outdid him in almost everything.  I also started telling stories that never happened. At first, I was uneasy at what I was doing, but convinced myself that soon life would return to normal.  But after a while, it got easier to tell the lies, and I borrowed money from friends that I couldn’t repay. What became a burden was trying to remember what I told to whom – which backfired on numerous occasions.  Seven months ago, a co-worker from another department stopped me in the hallway and told me that the credit company had gotten in touch with my boss.  I was horrified and asked him not to tell anyone. That is when he told me that no one believed any of my stories. He said that people were still hanging out with me to take advantage of the stuff I gave out all the time. They knew that I was making stuff up just to keep the attention on me.

Pretty soon after this I was fired, my so-called friends have abandoned me and I think I have reached the lowest point I can. I understand that what I did was foolish, but isn’t the punishment I’m now suffering unfair?

I’m having difficulty in tempering my response to you, simply because your irrational behavior indicates that you may have some grave emotional issues and possibly some mental ones as well.  Your confused view of your actions and what they yielded, along with the idea that you are the victim and not the cause of your own problems, supports the observation that you need professional help and therapy.  Your thoughts and actions point markedly to signs of obsessive/compulsive behavior with an inability to control logical impulses. You go to any lengths to achieve what you want, no matter how bizarre or damaging your actions are.

News flash!  Good friendships can’t be bought, they must be earned!  Good friends ask for nothing more than one’s faithfulness, kindness, concern and availability during hard and trying times. What you were chasing after and valued so dearly, was the recognition and reverence of “fair weather friends,” those people who always appear when things are advantageous for them, when times are good and when nothing for them is lost, only gained.  Friendships that rely on monetary gifts, selfish gratification and superficial values are temporary and shallow and anyone who would turn to lies and graft to sustain a high place amongst such leeches certainly deserves what retribution will follow.  Sadly, you have already experienced this, but you have yet to understand that you were an active enabler to your downfall and that you need psychological help.  In some small way, your getting caught was a blessing in disguise if it becomes the catalyst that starts you on your journey to a successful and therapeutic solution.  You must recognize that you were not the victim but the perpetrator, that it was your own dysfunctional observations and actions which orchestrated your fall from grace.  Recognizing, admitting to and accepting responsibility for poor judgement is the first step towards being able and willing to achieve a return to good mental health and a successful end and lasting outcome.  You have my sincerest best wishes towards that endeavor. 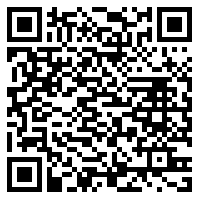