I know you will find this a strange letter, maybe even think it is one of those prank letters you get, but this is real and I am terrified.  I have no one to confide in or share my fears with, and time is running out for me. All my friends are married, some with one or two children already, and I am so traumatized that the very thought of marriage is absolutely repugnant and horrific for me.

When I graduated yeshiva, I, along with most of my class, went to learn in Eretz Yisroel.  My friends and I were not rowdy boys who got into trouble or who spent lots of time in the principal’s office, we were kids who had fun together but in a good, healthy way.  That first year in yeshiva was a great learning experience for us in many ways. After the first months of independence and touring, we got down to the serious business of learning. Baruch Hashem, we found success. At the end of Shana Alef, some friends went home for shidduch reasons, while I and two of my closest friends stayed on for another two years.

When my Rosh Yeshiva called me in after the end of my third year, he told me that my parents asked him to encourage me to return home and begin shidduchim. He felt I was ready. Although I knew how much I would miss the deeply satisfying quality of learning I had achieved in yeshiva, I took his words to heart and came home to start the next chapter of my life.  My parents were overjoyed and supported my desire to sit and learn for another year or two after marriage. I got in touch with my friends who were married and spent some time with them. I have to honestly say that I was not prepared for the sadness and desolation I found at each of the reunions.

My closest friend intimated that I shouldn’t rush into marriage.  He at the age of twenty-three, was already a father of one with another on the way.  As we talked, I barely recognized the funny, happy-go-lucky boy I knew.  In his place sat a brooding and sad man who was trapped in an unhappy marriage.  He said he envied my freedom and told me to hang on to it a while longer before I let myself get “trapped,” was how he put it. Taken aback, I asked him why he felt that way, was it because he didn’t want to get married and was forced into it?  He said that while dating everyone had told him what a great girl his wife was and that if he didn’t decide quickly, someone else would get her, so he agreed.  He also said that the excitement surrounding the engagement and impending marriage was intoxicating and he willingly went along with the decision.  But the glamour wore off rather quickly.  After the wedding, instead of feeling like an independent baal habayis, away from the control of his parents and starting out on his own, he found himself under the thumb of a needy, dependent wife and manipulative in-laws and parents.  Then, before he knew it, just a short three months after the wedding, a baby was on the way.  And he was trapped in this marriage, chained to a women he has no real feelings for and children he is not ready for.  I walked away from my friend feeling as though I had just had lunch with a stranger.

Lest you think that was an isolated case, things did not go much better with my two other close friends. One was married for a year, the other for two. It so happens that they lived in the same building and had stayed close. They both made it clear that once the party was over and real life set in, I would find that nothing was as I expected it to be. Instead of just having to listen to your parents and adhere to their rules, you now have to listen to a new set of parents and a wife and her siblings to boot.  Without being specific, they cautioned me to wait as long as I could before “caving in.”

These were my best friends and all of them seemed to have aged and morphed into sad and unhappy husbands who yearned for the freedom I still enjoyed.  And, Mrs. Bluth, I looked at them with fear. I have no desire to make their experiences mine.

I can’t speak for anyone else, but having three of my best friends unhappy in their marriages is enough to give me anxiety. I break into a cold sweat when my parents mention that a shachan called. Some of the girls I have gone out with seem nice, however, I can’t help but see a giant trap door waiting for me to enter in. I am terrified at the prospect of allowing myself to like someone for fear that I will be signing away my life.  And I am afraid of being left behind like some of the older single men in the community.  Please help me sort this out.

Friendship is a multifaceted blessing or curse, depending on how you look at it. We rely on our closest friends for direction, advice, loyalty and yes – just plain old camaraderie and friendship.  And sometimes, well-meaning friends can give you the worst advice, based on their own poor choices.  It should never mean that their lot will be yours as well.

It may well be that they were not ready to marry when they got home from yeshiva, not all young man at that age are ready. Perhaps, had they been given another half year to a year to “ripen,” the outcome would have been different.  You, on the other hand, have had that grace period and are likely to react in a different way to the new, and hopefully wonderful experience, of sharing your life with a soul mate of your choosing. Twenty three-twenty four is a good age for a young man to seek out a life partner and start building his own nest.  You may find that your views on the matter differ greatly differ from that of your unfortunate friends.

There are also matters you can control that they, perhaps, could not.  Don’t let anyone “talk you into” committing to any girl of whom your heart does not approve. Trust me when I say you should listen to your feelings when it comes to making the final decisions.

You can also set down some ground rules, before you marry, to ensure privacy and autonomy for yourself and your future spouse, which is necessary so there can be bonding time without outside intervention or interruption.  Every important matter should be discussed with the person you want to spend the rest of your life with – where you want to live, when to have children and what kind of hashkafa you want to instill in your home.  You also need to know if the young lady is on the same page, which will prevent any surprises from arising later on. Take the time you need to be certain that this is your zivug and the one you want to spend eternity with.  And stop looking over your shoulder at the guys who didn’t take this advice and just jumped on the chosson-party bandwagon.

You sound like a nice and stable young man, so I’m betting you will understand that saychel is more precious than gold. Use yours and start looking ahead to a happy and wonderful future with a sweet young lady who will share with you a lifetime of love, happiness and joy, sprinkled with some rare moments of disagreements.  For the most part, that is what a good, stable and lasting marriage is made of and there are far more of those than the kind your friends have.

We wish you the best of luck in your pursuit of a happy future. Let us know when a mazal tov is in order. 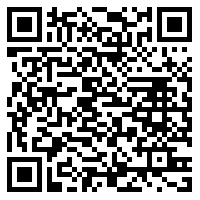