Abdul Karim Adel Assi, 19, has been identified as the Arab terrorist who stabbed Rabbi Itamar Ben-Gal to death just outside the Samaria city of Ariel on Monday afternoon, leaving a young widow and four orphans in the nearby Jewish community of Har Bracha.


Assi, a resident of the Jaffa section of Tel Aviv-Yafo, stabbed Ben-Gal three times in the chest while he was waiting at the bus stop. Ben-Gal was on his way to the brit mila (circumcision ceremony) of his wife’s nephew in Har Bracha at the time of the attack.

The terrorist had been living at a shelter for teens at risk in Jaffa called “Shanti House” and receiving social service assistance, according to Ynet and a report broadcast Monday night by Hadashot 2 News. His mother, an Arab Israeli citizen, lives in Haifa.

Karim was a member of the Shanti House non-profit organization, which helps Israeli youth at risk. A statement from the organization revealed that Karim stayed in several such shelters in his past, Ynet reported. “He left the Shanti House after we forbade him to travel on a regular basis to Nablus (ed. – Shechem, where his father lived) because we were afraid of his being exploited by hostile elements,” the organization said in its statement.

He had been traveling back and forth, using his blue Israeli ID card, to go to and from the Palestinian Authority and Israel to visit his father in Shechem (Nablus.)

But several months ago he reportedly left the Shanti House — where he was allegedly receiving therapy — and went to stay with his father in the Palestinian Authority, according to the report.

On Monday afternoon, he attacked the 29-year-old Ben-Gal, an eighth-grade educator at a Bnei Akiva yeshiva in Givat Shmuel, stabbing him three times — even following him as Ben-Gal desperately tried to make his way towards a bus that stopped at a nearby bus stop — near the junction leading to the city of Ariel.

The killer then fled, holding two knives. An off-duty IDF officer spotted him running and chased him in his private vehicle, hitting him twice but unable to stop him before he somehow succeeded in slipping away in the direction of the Arab village of Kifl Haris.

IDF soldiers and intelligence agents from the Shin Bet domestic intelligence service (Israel Security Agency) are searching nearly villages in a manhunt for the terrorist.

Ariel residents and others organized a mass demonstration Monday night at the entrance to their city to protest the deteriorating security situation. 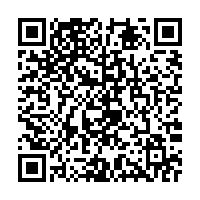