I am at my wits end and am ready to divorce my wife. I strongly believe she is no longer in control of her faculties and that she has lost her mind in an effort to look like our teenaged daughters. And let us not even discuss the terrible drain on our finances that her craziness is costing us.


When we got married twenty-six years ago, she was a beautiful young woman, so much so, that everyone who met her agreed that she had “looked like a movie star” with the figure of a model. Yet, no matter how many compliments she got, she would always find some flaw to focus on complain about non-existent weight gain in order to contradict the compliments.  Every guy I knew was envious of me and all the wives either adored her or were jealous of her, but pretended to be her friend so she would share her beauty secrets with them.

After three years of marriage and much pleading from myself and our parents, she finally gave in and got pregnant, something she was avoiding because it would destroy her figure and bloat her features.  I thought pregnancy made her more beautiful, if that was possible, though I couldn’t convince her and for nine months she did not leave the house except for doctor’s visits.  Thank goodness, Hashem blessed us with twin daughters; she swore never to have any more children and from the moment she came home from the hospital, she began her diet and beauty regimen to return to her former self.

Our girls were bottle-fed – she didn’t want to nurse them – and I am sure you know why. When one of the twins did not do well with formula, we had to get donated mother’s milk in order to make sure she thrived.  Every day my wife ran to the gym for intense workouts, then to yoga class, the tanning salon, the beauty salon for skin treatments and so on.  The babies were cared for by family and friends who were sympathetic towards me and the madness I lived with.

However, this was only the beginning.

Time passed and she began to notice fine lines appearing on her face. She turned to cosmetic applications – tiny surgeries at first – to correct earlobes stretched from wearing heavy earrings, skin scraping to remove small brown spots that formed from too much natural and synthetic UV light tanning and removal of sagging skin.  It then morphed into plastic surgeries for eye and neck lifts, fillers, implants and tucks.

As my girls grew older, she had to look younger. It finally reached a point where there was no resemblance to the woman in our wedding pictures and my daughters began to joke that she was both my first and second wife.  Many times I pleaded with her to stop, that her features were becoming grotesque and artificial, but she would have none of it.  Her parent begged her to stop, as did our daughters. They were embarrassed at her appearance and no longer invited friends over to the house.

Now, if she doesn’t find something fix, lift or plump up, she becomes completely paranoid.  She has expressed the desire to have another complete face and neck lift, chin and cheek implants and who knows what else.  In truth, what is left of her face is a tightly stretched mask that makes her look more like a plastic doll than a human being.

I have threatened to leave her, take the kids, which didn’t shake her world all that much. Is there any way to reach her?

How absolutely frightful!  I can only recall a remotely similar vision of the picture you paint and that is one of the last photos of Michael Jackson before his death.  His face was ghastly and distorted and looked like a thin layer of skin drawn tightly over his skeletal face.  Where his nose should have been there were two holes suspended by what remained of his proboscis. He was almost not humanly recognizable.

From what you describe, I can only conclude, with the caveat that I have not spoken to your wife, that she is addicted to cosmetic surgery in a manic way.  I suspect that her fear of losing her youthful beauty began well before she was cognizant of it and may have been as a result of someone telling her, possibly in jest or out of jealousy, that she was not pretty.  A young child may internalize this type of comment and become determined to be beautiful, letting it encompass all her thoughts and consume her time and efforts.  She will seek out everything and anything to reach that goal, despite all the compliments and accolades trumpeting her natural beauty.  All she really hears is the one, lone voice that told her she was not pretty.

All this may or may not have happened, and may or may not be the root cause of the addiction she suffers from.  What is evident is that she is blind to the fact that she is achieving the complete opposite; she only sees a newer version of herself that she finds beautiful.  Sadder still is that physicians go along with her madness. They should be warning her that each procedure will lead to the collapse of her facial bone structure which will, eventually, be unable to support these abusive procedures.

What I am sure of is that she needs to be seen by a psychologist and/or psychiatrist immediately. There is medication that can help her overcome her fears of aging in a healthy way. As with all addictions, the road to health and happiness is a hard and arduous one; my heart and very best wishes go out to you and your family.  It will take everyone’s effort and support, and you and your children will benefit from counseling as well. Divorce, at this juncture, will serve only to impede your wife’s ability to get well and deprive her of what she needs most, the support and encouragement of the people who care and love her. 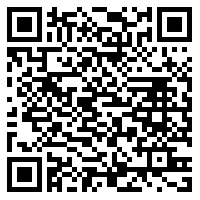