After being called to the scene on Monday evening, Police arrested two Bedouin women in the Jordan Valley that had in their possession a pistol and IDF uniforms, according to an 0404 report.

“While the IDF was on patrol in the Jordan Valley, the unit came across a pistol and IDF uniforms. Two female suspects were arrested,” reported the IDF.


According to HaKol HaYehudi, the IDF unit was searching a Bedouin encampment for stolen property.

The women were transferred to police custody for interrogation. 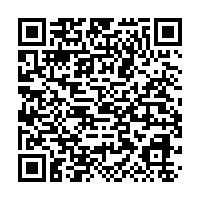