Michael Raanan, 49, knows the quickest route to Hadassah Ein Kerem Hospital’s emergency room as well as to its closed psychiatric ward. It’s a matter of life and death for his 42-year-old wife Amira.

I met Amira more than fifteen years ago when we moved to the community of Rosh Tzurim in Gush Etzion. Other than seeing her from time to time on the street, in the local grocery store, at the weekly Shabbat shiur which she sometimes delivers, and in our home for a Shabbat meal, I didn’t know what lay below the surface of this extremely intelligent, artistic and creative woman. She teaches Talmud, she can quickly draw a mural on the wall, sew a Purim costume in no time flat and she whipped up a parochet and a covering for the synagogue’s podium when there was no budget to buy them.


The only inkling I had that something was amiss was that sometimes when I would greet she responds and other times she doesn’t. Even when she abruptly got up from our Shabbat table and said she had to go, I attributed it to her being nauseated due to being pregnant.

A few years ago, when I called my friend Esther to invite her and her family for a Rosh Hashana meal, she mentioned to me that she always has the Raanans over on the first night as Amira has a difficult time around Rosh Hashana. I assumed the holiday preparation was too much pressure for Amira and that is why Esther invites them every year. Esther told me that, in the past, Amira has been hospitalized around this time. When I inquired as to the reason, Esther told me that she doesn’t really know what Amira has, but that Amira is open to talking about it and that she would welcome my overtures.

Esther was quite wrong. Shortly after my phone conversation with Esther, I dropped by at the Raanans’ home. Amira was not interested in conversing about the subject of her health. She told me that there are people in the community who help her when needed.

BPD usually rears its ugly head during the adolescent years, but Amira already sensed something wrong when she was five.

“I remember sitting in kindergarten watching the parents come to pick up their children, and I thought to myself, ‘They’re so lucky that they’re already adults. They don’t have any worries in life.’”

When she was in a high school living in a dorm, the teachers were not aware of her precarious situation. She was an avid reader and happened to come upon a book meant for the faculty on how to spot a teen in need of help. She recognized her own behavior: sitting in the corner of the classroom, closing herself off from everyone, making sure she failed tests, etc.

Baruch Hashem, someone noticed. The school placed her in an older grade which helped her socially and referred her to a local mental health clinic. After high school, she was able to do a year of Sheirut Leumi as a volunteer in her high school.

It was during this year that someone mentioned the name Michael Raanan. That was the beginning of Amira’s “pursuit” of Michael, who is seven years older than Amira. On their second date, she took him to her therapist to discuss her mental state.

Amira experiences everything in full volume: life’s joyous occasions, difficulties and fears. She can close herself off for three days in her room – a moderate reaction to an upset in her life. She has attempted suicide numerous times by overdosing on medication.

Michael relates, “Once, during one of the most difficult periods, we sat together in a café and she suddenly took out pills and swallowed them all in one gulp. I felt relieved because I knew how to deal with it. When it gets to this step, everything is clear and I know what is about to happen: emergency room, washing the stomach of its contents, hospitalization. Sure, after that she will awaken and there will be a struggle – she will want to be removed from all of the equipment and to leave. There will be a snafu. But during this time at least I’ll know what to do in the next 24 hours, something I didn’t know in the early days.”

Michael is very calm and quiet. On one of the few times that I spoke with Amira she confessed that it drives her crazy that Michael doesn’t ever raise his voice. She calls him a tzaddik. (His great-grandfather, HaRav Avraham Yitzchok Kook would have been proud of him.)

Michael must be on call 24/7. He works part-time as a carpenter a few minutes’ walk from home. He also works at the Mercaz HaRav Yeshiva in Jerusalem. “I never know when I come home from work if I’ll need to go and order obituary notices,” he says.

Fortunately the Raanans live in a small (200 family), close-knit and supportive community. Each weekday afternoon between the hours of four to six, she goes to a family that has children the same as her youngest child, a son named Sarig who is eight. Amira explains, “Knowing that I can get up and leave and someone will take care of my child makes it possible for me to stay.” When the need arises for meals, people in the community arrange for that as well.

Several years after my uncomfortable visit with Amira, she decided to go public. She gathered together people in her community who had the chance to ask questions, attempt to understand BPD, and to learn how they can help. Her daughter Tzory, now 18, spoke to her class about what it’s like to have a mother with BPD. The girls in the class asked questions and showed interest and concern.

Following Amira’s disclosure, a number of people approached her about making a movie about her struggle. She discussed this with her therapist a number of times. Finally, during an extremely difficult period in which there were a number of suicide attempts, her therapist gave up and told Michael and Amira, “The last card in the deck is the proposal to do a movie. If this is what will keep you alive for another two, three years, yes, we’ll go for it.”

MOM IS NOT CRAZY, is the film and it was directed and produced by Rabbi Mordechai Vardi, the rabbi of the Raanan’s community. Rabbi Vardi is head of the Screenplay Writing Tract, of the Beit Midrash and of the Institute for Torah and Creativity at Ma’aleh School of Television, Film and the Arts in Jerusalem.

Despite the religious conflicts that arise in the movie, such as Amira’s need to play the piano, work on the computer and write in her journal on Shabbat, and Amira’s search to find halachic answers for people stricken with mental illness, the film is not just for the religious. Mordechai Vardi put Rabbi Vardi on the side and gave the stage to Mordechai Vardi the producer.

Vardi’s camera followed Amira for over two years. “I wanted the viewer to enter the world of Amira. He should experience things from Amira’s viewpoint.” For instance, the viewer is brought into Amira’s bedroom and “locked” in with her during a time of great despair.

Since she had made aliyah from Australia as a child, Amira had not left Israel. Yet, she felt a great need to see the world. Several years ago, Rabbi Vardi and his wife flew to Italy with Amira and her oldest daughter Tamah, now 21.

There are scenes from their trip in the film. In one, Amira and Tamah are trying on colorful masks attached to a stick. One can’t help but think how much courage it took for Amira to unmask parts of herself to her community and to the viewers.

In the past, the subject of death was almost taboo. In our times, discussing the subject of death has become more common, but it still can make people squirm and feel uncomfortable. “That was the challenge,” says Vardi, “to look death in the eyes and to change it to suffering of poetry.”

The movie, which was begun as a therapeutic tool for Amira, became a catalyst to help viewers rethink their ideas about mental illness. The movie can help promote inclusiveness for people who are challenged by their psychological disabilities.

When asked if she would take a miracle pill that would cure her of Borderline Personality Disorder, Amira said no. She feels that although BPD has caused much suffering to her and her family, it is also the source of her academic brilliance and her amazing artistic and creative abilities.

Rabbi Vardi gave all his rights for MOM IS NOT CRAZY to Amira to help generate income for the family. The movie has English subtitles, and Amira and Rabbi Vardi, who both speak English, are always available for Q&As. Bookings can be made by calling Amira at 02-993-8185 or 050-869-3216 or Rabbi Mordechai Vardi at 054-670-0704.

Michael Raanan is a wood craftsman who can be contacted at 050-869-3215. In fact, the beautiful rocking horse shown in the movie is his work.

Can a New Coalition Return Our Religious Rights to the Temple Mount? 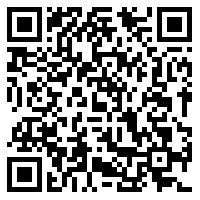