I am a perfectionist. So sayeth my husband. And my children. And my grandchildren. I’m the kind of person who straightens out a crooked picture on the wall without even looking. I pick up tiny pieces of paper from the floor that no one else sees. I pull my bedcovers tight and smoothe out all residual wrinkles. I wipe off spots from my counters and sinks and I spot typos in my email and immediately correct them. I cringe when someone sings off key. And I like my napkins to match my dishes.

“Why bother?” they all cry. “Who cares? It’s not worth the effort! The napkins will get dirty anyway and the bed will just wrinkle up again as soon as someone sits on it, or touches it, or even looks at it.” The only thing they agree about is singing off key, which they admit is a pity, but what can you do? Ignore it, they say. I try to, but it’s hard.

“Your house is so neat,” visitors often comment. They don’t understand that it’s not that I want to be neat, it’s just that I can’t function in the midst of a mess. Something in my brain crunches up and closes shop. I have to first clean the kitchen and wipe up the floor before I can begin my Shabbos cooking (assuming it wasn’t done the night before) and I have to clean off my desk before I can begin working. It’s as though my brain cells reflect their surroundings. Is this good for the Jewish people or bad? Aren’t we supposed to aim for perfection?

I guess it depends. When an emergency requires immediate attention or someone needs a battery or a Band-Aid or a tool is missing or you need a bottle of medicine for a feverish child late at night, I’m the one everyone calls. “Bubby is sure to have it/one/some,” is the general feeling. Sometimes I feel as though I were in charge of guarding Fort Knox or the National Treasury.

Other times, however, I feel downright silly. Why in heaven’s name am I saving bits and pieces of elastic, old zippers, buttons, shoe taps (remember those?) and putting them into their own boxes and tins? Why have I organized all the stray nails and screws into little plastic cups and put them neatly away? And why oh why do I care if our small machsan (storage room) is in order? No one else does. They just toss in fans (two of which have been waiting to be repaired for several years but which cannot be thrown out because someone intends to fix them… someday); decrepit sukkah decorations, suitcases with broken zippers, backpacks we’ll never ever use again, swimming stuff, extra chairs (Okay – chairs actually belong in the machsan!) and collections of old magazines, papers, books and other unidentifiable miscellanea which contain valuable information. And lots of baby clothes circa 1960. I tell them all those articles have been saved on the Net, but no, they want it in hard copy, in the machsan.

“That’s what a machsan is for, isn’t it? Do you want all that stuff sitting in the house?” asks my husband. No. I do not. Nor do I want it sitting in the machsan. I want a nice neat machsan, filled with useful objects we actually use and with everything sitting in its proper place so you can actually find something when you are looking for it. When we moved ten years ago, I made all the kids come to the house, empty the old machsan, take whatever they wanted and put all the rest out on the sidewalk. Had an antique collector passed by, I’m sure we could have made millions. As it was, the neighbors hauled most of it away within two hours. (I wonder what their machsanim look like!)

My house is supposed to be a mikdash me’at – a miniature sanctuary. The Beis Hamikdash was clean and shiny and everything was in place, even with all the blood and water from the sacrifices. Chazal said not a fly could be found in the environs. I don’t think we have flies in our machsan, but I don’t want to see any other creepy, crawly things in there either.

In grammar school, we learned that Cleanliness is next to G-dliness and Chazal said a talmid chacham should not be seen with a stain on his clothing. So, obviously, G-d is on my side (I think…). It’s exceedingly difficult, if not utterly impossible, to keep the world in order. It’s a very messy place and no one seems to have things under proper control. The least I can do is to keep my own daled amos in order. Keeping a house in near-perfect condition is sometimes hard on a family’s nerves, but it’s good practice for perfecting one’s spiritual state. I even try to keep my sukkah nice and orderly. After all, the physical world is supposed to reflect the upper worlds, and the sukkah is a perfect place where the two meet and mingle. So I might as well get started. Where’s my broom?

P.S. May you have a perfect Chag Sameach! 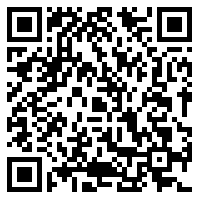