Did She Have Something Specific In Mind?

Speaking at a conference two weeks before the 2016 presidential election, Evelyn Farkas, a former top Obama administration official, predicted that if Donald Trump won the presidency he would “be impeached pretty quickly or somebody else would have to take over government,” Breitbart News has found.

Now it has emerged that on October 26, 2016, Farkas made remarks as a panelist at the annual Warsaw Security Forum predicting Trump’s removal from office “pretty quickly.”

Asked at the event to address the priorities of a future Hillary Clinton administration, Farkas stated: “We have a lot of presidential historians who have put forward very coherent the argument – they have given us examples of all of our horrible presidents in the past and the fact that we have endured. And we do have a strong system of checks and balances. And actually, if Donald Trump were elected I believe he would be impeached pretty quickly or somebody else would have to take over government. And I am not even joking.”

Farkas has also been in the news after remarks she made as a contributor on MSNBC on March 2 resurfaced last week. In the comments, she said that she told former Obama administration colleagues to collect intelligence on Trump and campaign officials.

“I was urging my former colleagues and, frankly speaking, the people on the Hill, it was more actually aimed at telling the Hill people, get as much information as you can, get as much intelligence as you can, before President Obama leaves the administration,” stated Farkas.

She continued: “Because I had a fear that somehow that information would disappear with the senior [Obama] people who left, so it would be hidden away in the bureaucracy … that the Trump folks – if they found out how we knew what we knew about their … the Trump staff dealing with Russians – that they would try to compromise those sources and methods, meaning we no longer have access to that intelligence.”

The White House has utilized Farkas’s statements to bolster the charge that Trump was being illicitly surveilled during the campaign.

Building A Case On Bunk

The controversial, largely discredited 35-page dossier on President Donald Trump compiled by a former British intelligence officer served as a “roadmap” for the FBI’s investigation into claims of coordination between Moscow and members of Trump’s presidential campaign, the BBC reported on Wednesday.

The dossier, which contains wild, unproven and widely mocked claims about Trump and sordid acts, was compiled by former intelligence agent Christopher Steele, who was reportedly paid by Democrats and anti-Trump Republicans to investigate Trump.

Mike Morell, who served as deputy director of the Central Intelligence Agency and twice as acting director, has questioned the dossier’s credibility as have news media reports worldwide.

“The roadmap for the investigation, publicly acknowledged now for the first time, comes from Christopher Steele, once of Britain’s secret intelligence service MI6,” the BBC’s Paul Wood reported.

Wood acknowledged that until now “no single piece of evidence has been made public proving that the Trump campaign joined with Russia to steal the US presidency – nothing.”

But he wrote that “the FBI Director, James Comey, told a hushed committee room in Congress last week that this is precisely what his agents are investigating.”

The FBI is not alone in relying on Steele. Earlier this month, Rep. Adam Schiff, the ranking Democrat on a House intelligence committee, cited Steele as a source repeatedly when he delivered his opening statements at a hearing where he laid out the case for alleged Russian meddling in the 2016 presidential election.

Citing current and former government officials, the New Yorker reported the dossier prompted skepticism among intelligence community member, with the publication quoting one member as saying it was a “nutty” piece of evidence to submit to a U.S. president.

Hizbullah-Israel Clash On The Horizon?

There is the potential for a serious clash between Hizbullah and Israel, a senior Arab intelligence official said.

“We see a low-key mobilization of reserve forces on the Israeli side,” he said, speaking to Breitbart Jerusalem. “Israel focuses on reducing its exposure to Hizbullah’s rockets, meaning that after Hizbullah fires several hundred in the first few days of the conflict, it would probably go down to a few dozen per day.”

He said that regional services believe “Israel’s military anticipates the government’s decisions. They are now engaged in estimating the potential damage inflicted by Hizbullah’s missiles on Israel’s home front. They realize that the first stage will be painful and bloody, but are convinced of being able to reduce Hizbullah’s ballistic abilities during the fighting.”

“The calls made by Lebanese leaders at the Arab League summit in Cairo [last week], demanding that Hizbullah decommission, signals that they fear that the organization’s armament has gone too far,” he said. “They think Hizbullah is taking over their country, which would give Israel the pretext to attack the Lebanese state, not only Hizbullah’s infrastructure.” 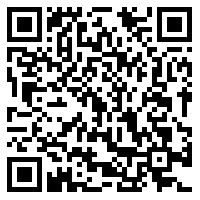