Qatar Distances Itself From Hamas

Qatar has asked Hamas to stop any actions that make the Gulf state look like a nation that provides a safe haven for the group’s terrorist activities, a senior official in Hamas told Breitbart Jerusalem.


According to the official, Qatar’s request included a demand to cease all activity in the country that is meant to harm Israel’s security. The request was detailed, said the source, and added that Hamas must desist from initiating any activity that will produce attacks.

The Qatari request joins a similar one from Turkey that was made several months ago as part of that country’s rapprochement deal with Israel. As a result, a Hamas official and member of the organization’s politburo, Salah Alarouri, whm Israel has accused of funding and directing attacks against Israeli targets, left Turkey.

Hamas released an official statement denying that Qatar gave the organization a list of officials and other Hamas members who should be expelled from the country.

The source in Hamas confirmed the denial and said that the request was reduced only to stopping actions that would lead to attacks against Israel. “We understand the Qatari request,” said the source.

The Syrian army is accelerating its efforts to regain control of the border area between Syria and Iraq with the help of Iranian forces and elite Hizbullah units, an Arab intelligence source has told Breitbart Jerusalem.

The source said that even as the international coalition expects to liberate Raqqa with the help of Kurdish forces, the Syrian army and Iranian and Hizbullah fighters are taking action to liberate the area from ISIS control. According to the source, “Iran’s main fear is that the international coalition’s capture of Raqqa led by the U.S. will disrupt Iran’s strategic plans to complete the connection between Tehran, Baghdad, and Damascus, which would secure the flow of arms from Iran to Syria and from there to Hizbullah in Lebanon.”

Over the past few weeks, according to the source, the Iranians, disregarding agreements with Russia, are stepping up their efforts on the Iraqi side of the border, using Shi’ite militas to lead the offensive against ISIS in Mosul and the border region with Syria.

On her newly launched NBC program Sunday Night With Megyn Kelly, the former Fox News anchor featured an exclusive interview with Vladimir Putin in which she espoused multiple conspiracy theories in her questions to the Russian leader.

Here are four wild conspiracies contained in Kelly’s queries, presented below in the order in which the questions were asked:

James Clapper, former director of national intelligence, twice affirmed in his May testimony before the Senate Judiciary Subcommittee that the intelligence community’s assessments regarding alleged Russian interference were not the product of all 17 agencies but only three – the Central Intelligence Agency, the Federal Bureau of Investigation, and the National Security Agency.

On May 26, one day before Trump returned from his first international trip, the Washington Post dropped an anonymously sourced story that Kushner and Russia’s Washington envoy discussed the possibility of establishing a “secret and secure communications channel” between Trump’s transition team and the Kremlin.

Kelly didn’t point out that Russian diplomats are known to deliberately place misinformation in communications they believe are being monitored, a tidbit noted in the Post article, allowing for the possibility that Kushner never actually asked for a back channel.

Kelly further failed to mention that her previous employer, Fox News, quoted a source saying it was the Russians – not Kushner – who broached the concept of creating a secure line for back channel communications.

Regarding Trump’s finances and the conspiracy theory that the Russians possess blackmail information on Trump, then-FBI Director James B. Comey put those charges to rest during an exchange at last month’s Senate Judiciary Committee hearing on FBI oversight.

Comey also confirmed that the basis for the intelligence community’s assessment that Russia’s Putin allegedly wanted Trump in office was not because the billionaire was, as Sen. Al Franken claimed without citing any evidence, “ensnared in” Russia’s “web of patronage.”

Instead, the FBI chief provided two primary reasons for Russia allegedly favoring Trump over Clinton during the 2016 presidential race. One reason, according to Comey, was that Putin “hated” Clinton and would have favored any Republican opponent. The second reason, Comey explained, was that Putin made an assessment that it would be easier to make a deal with a businessman than someone from the political class.

Perhaps tellingly, in testimony before the House Intelligence Committee last month, former CIA Director John Brennan refused to answer a question in an unclassified setting about whether the Russians possess damaging information on Hillary Clinton that was not revealed during the 2016 presidential campaign.

Kelly misleadingly frames the dossier thusly: “There have been questions about this secret Russian dossier, which he says is fake.” She is indicating that it is Trump who primarily deems the dossier to be fake.

The document was authored by former intelligence agent Christopher Steele, who was reportedly paid by Democrats and anti-Trump Republicans to investigate Trump, raising questions about his partiality. Last month, Steele conceded in court documents that part of his work still needed to be verified.

Citing current and former government officials, the New Yorker reported the dossier prompted skepticism in the intelligence community, with the publication quoting one member as saying it was a “nutty” piece of evidence to submit to a U.S. president. 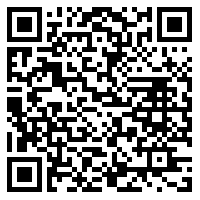