The New York Times on Monday published details of what it described as an Israeli intelligence operation that penetrated ISIS and produced “exquisite” insider information.


The Times claimed intelligence garnered in the Israeli operation was allegedly revealed by President Trump to Russian diplomats in a meeting last month. The newspaper failed to note that its own revelation of the purported Israeli operation, if accurate, could expose Israel’s antiterrorism intelligence collection operations.

The article, by reporters David E. Sanger and Eric Schmitt, is titled, “U.S. Cyberweapons, Used Against Iran and North Korea, Are a Disappointment Against ISIS.”

The Times reported that one of the “rare” U.S. successes against ISIS “belongs at least in part to Israel, which was America’s partner in the attacks against Iran’s nuclear facilities.”

Citing unnamed American officials, the Times reveals the purported Israeli intelligence operation: “Top Israeli cyberoperators penetrated a small cell of extremist bombmakers in Syria months ago, the officials said. That was how the United States learned that the terrorist group was working to make explosives that fooled airport X-ray machines and other screening by looking exactly like batteries for laptop computers.

“The intelligence was so exquisite that it enabled the United States to understand how the weapons could be detonated, according to two American officials familiar with the operation. The information helped prompt a ban in March on large electronic devices in carry-on luggage on flights from 10 airports in eight Muslim-majority countries to the United States and Britain.”

In the next paragraph, Sanger and Schmitt perhaps bared their intentions in reporting on the alleged Israeli operation: “It was also part of the classified intelligence that President Trump is accused of revealing when he met in the Oval Office last month with the Russian foreign minister, Sergey V. Lavrov, and the ambassador to the United States, Sergey I. Kislyak. His disclosure infuriated Israeli officials.”

Schmitt also was the co-author of a May 16 Times article quoting a “current and a former American official” claiming it was Israel that provided alleged classified intelligence purportedly disclosed by Trump to Russian officials during the meeting that month.

That article was released just days before Trump departed on a visit to the Jewish state.

The Times’ claim followed a Washington Post exclusive that first reported that purported classified information was allegedly revealed by Trump during a meeting with the Russian foreign minister and ambassador. The Post report cited unnamed “current and former U.S. officials.”

It was the Times that first outed Israel as the alleged source of the information.

One after the other, left-leaning media outlets featured pieces comparing former FBI director James Comey’s alleged treatment at the hands of President Trump to that of a female victim being sexually harassed by a male superior.

The media outlets were attempting to explain why Comey didn’t report to the Justice Department or say anything to Trump when, Comey claimed, the president, in a private meeting expressed his hope that, according to Comey’s quotation, “You can see your way clear to letting this go, to letting Flynn go.”

Comey said in his official statement to the Senate Intelligence Committee that he replied to Trump’s alleged query about Flynn by stating only that “he is a good guy” – referring to Flynn.

That response, and the Senate’s grilling of Comey on the matter, prompted a flurry of anti-Trump media activity, with scores of outlets attempting to justify Comey’s purported reaction by comparing him to an abused woman.

Those same media outlets didn’t attempt to explain why Comey admittedly caved to a directive from then-Attorney General Loretta Lynch to use the word “matter” instead of “investigation” when the FBI director publicly addressed the criminal investigation into Hillary Clinton’s use of a private email server.

Page sent the inquiry in an e-mail to Rosenstein shared exclusively with Breitbart News. The FISA information release request was sent ahead of Tuesday’s scheduled Senate Select Committee on Intelligence hearing with Attorney General Jeff Sessions.

On April 11, the Washington Post cited “law enforcement and other U.S. officials” stating that, as part of its investigation into alleged Russian collusion, the FBI obtained a secret FISA court order last summer to monitor Page’s communications.

The newspaper allowed that Page had not been accused of any crimes. It reported that the FISA court renewed the 90-day warrant on Page more than once, according to the officials.

In April, CNN reported that the controversial 35-page dossier on Trump compiled by a former British intelligence officer served as part of the FBI’s justification for seeking the FISA court’s approval to clandestinely monitor Page.

In his testimony last month before the Senate Judiciary Committee hearing on FBI oversight, then-FBI Director James B. Comey repeatedly refused to answer questions about his agency’s ties to the dossier, including whether it was used in the Russia probe.

In subsequent testimony last week, Comey admitted that he pushed back against a request from Trump to possibly investigate the origins of “salacious material” that the agency possessed in the course of its investigation into alleged Russian interference in the 2016 presidential campaign. The “salacious material” is clearly a reference to claims made inside the controversial dossier.

The partially discredited dossier contains wild and unproven claims that the Russians had information on Trump. The document was authored by former intelligence agent Christopher Steele, who was reportedly paid by Democrats and anti-Trump Republicans to investigate Trump.

In April, Steele conceded in court documents that part of his work still needed to be verified.

The Steele document, which Page refers to as the “Dodgy Dossier,” makes the unsubstantiated claim that Page met with Russian officials as an envoy for the Trump campaign to discuss policy issues and topics related to alleged Russian interference in the 2016 presidential election.

Page has steadfastly denied meeting any of the officials mentioned in Steele’s dossier and he says he never served as an envoy for the Trump campaign. 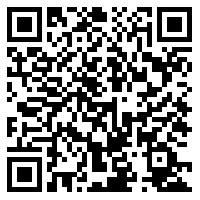