Fake News At It Again

Citing alleged U.S. intelligence intercepts leaked by current and former U.S. officials, the Washington Post reported that Russian Ambassador Sergey Kislyak told his superiors at the Kremlin that he discussed issues related to the 2016 presidential campaign with Jeff Sessions, despite the attorney general’s assertions to the contrary.

The Post article, published last Friday, was used by Sen. Dianne Feinstein, the ranking Democrat on the Senate Judiciary Committee, to call on Sessions to once again testify before the panel, this time to answer claims made in the Post piece.

Here, in no particular order, are five major problems with the highly-cited Washington Post article.

1) The title of the Washington Post article leaves out that the intercepts, as the article itself relates, are purportedly Kislyak’s own accounts of two conversations that the envoy said he had with Sessions. The intercepts are not recordings of the two alleged meetings between Sessions and Kislyak during the campaign, one in April at a Trump foreign policy speech at the Mayflower hotel and a second on the sidelines of the Republican National Convention in July.

Russian and other foreign diplomats in Washington and elsewhere have been known, at times, to report false or misleading information to bolster their standing with their superiors or to confuse U.S. intelligence agencies.

2) One of the meetings between Kislyak and Sessions purportedly detailed by the Russian ambassador took place in April at the Mayflower hotel in Washington, where Trump gave his first major foreign policy speech. Kislyak was one of four foreign ambassadors invited by the non-partisan think-tank that hosted the event, which included a brief pre-speech reception. The Post plays up the possibility that Kislyak and Sessions held a substantive conversation at the hotel on the sidelines of the event.

The Post, however, omits a statement from the organizers of the event detailing how any extensive conversation between Sessions and Kislyak would have been, in the words of the organizer, “unlikely.” The Center for the National Interest, the non-partisan organization that hosted the Trump speech, released a statement that “[w]e are not aware of any conversation between Ambassador Kislyak and Senator Jeff Sessions at the reception. However, in a small group setting like this one, we consider it unlikely that anyone could have engaged in a meaningful private conversation without drawing attention from others present.”

The Post also did not reference Session’s June 13 testimony before the Senate Intelligence Committee in which he detailed what he says happened at the Mayflower. He stated that he did not attend “any meetings separately” prior to Trump’s foreign policy speech at the Mayflower.

Asked specifically by Sen. Richard Burr (R-N.C.) whether there was “ever a private room setting that you were involved in,” Sessions replied in the negative: “No, other than the reception area that was shut off from I guess the main crowd,” Sessions responded.

Sessions related that a senate legislative director “who was a retired U.S. Army colonel, had served on the armed services staff with Senator John Warner before she joined my staff, was with me in the reception area and throughout the rest of the events.”

3 and 4) The Post omits Sessions’ explanation for why he recused himself from the Russia probe, which challenges the newspaper’s claim that its own reporting was behind the recusal. Also, the newspaper leaves out that Sessions’ stated timeline of his decision to recuse himself, backed up by e-mails, shows the decision goes back almost a month before the publication of a Post story that the newspaper claims motivated his recusal.

The Washington Post claims that its own reporting about Sessions’ contacts with Russian officials – a March 1 article titled, “Sessions met with Russian envoy twice last year, encounters he later did not disclose – was the reason the Attorney General recused himself in March from the Russia probe.

The Post further omitted that Sessions’ own timeline of events, which include e-mails, demonstrating that he decided to recuse himself immediately after he was sworn in on February 9, almost four weeks before the publication of the Post’s story about Sessions’ two contacts with Russian officials.

5) At a June 8 hearing, Comey claimed this about Sessions’ involvement with the Russia probe: “We were also aware of facts that I can’t discuss in an open setting that would make his continued engagement in a Russia-related investigation problematic.”

The Post relates that Comey’s charge was linked to Sessions’ possible encounter with Kislyak at the Mayflower hotel. 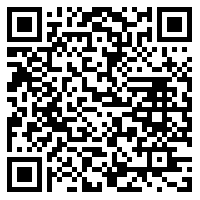