With all the recent uproar in the Orthodox community (and beyond) about the growing practice of avoiding printing pictures of women – or even naming a woman on an invitation – I’m painfully reminded of the case of the chasid shoteh, the “foolish pious man,” who is included in a list of four types of people who bring “destruction to the world” (Mishna Sotah 3:4). What could be so destructive about piety? The Gemara (21b) offers an example: a man sees a woman drowning but refuses to help because it would be inappropriate – not the way of the land – to look at her.

On a theoretical plane, one can understand the reasoning of this “pious fool’s” decision. After all, if it is indeed “not the way of the land” for men to look at women, then he shouldn’t look at her. And if he can’t save her without looking at her, then he can’t save her.


The reason this conclusion is so preposterous is that we don’t live on a theoretical plane. We live in a real world, guided by a multi-dimensional halachic system. And in the real world, real halacha has values besides men not looking at women.

The reason this pious man is branded a fool is that he focuses only on one narrow path, following it to its logical end without accounting for other values that might come into play – like the value halacha places on human life. If he would think for even a moment, he would realize that even Shabbos is pushed aside for the sake of human life; in fact, virtually every mitzvah is! Certainly, “not the way of the land” is not stronger than those.

The reason the Mishna says he brings destruction to the world is that he is so single-minded that he sees nothing else – including the disastrous results of his commitment to this one value. Not only does his refusal to act result in destruction of the very real woman drowning in his presence, if his misguided “piety” continues, the values on which society as a whole rest can face destruction.

When I first encountered the idea of omitting pictures of women, I could, grudgingly, understand the logic. After all, our mesorah places a high premium on tznius, and, rightly or wrongly, often that translates into an emphasis on separation between men and women even in innocuous settings. Indeed, men are instructed to “distance greatly from women” (Shulchan Aruch Even Haezer 21:1), including being cautious about looking (or, more accurately, gazing) at women. I could see how one might conclude that we should ensure there is no chance a man will look at any woman outside those in his family. I disagreed with this conclusion, but I had to admit I could see the logic. In theory.

But when friends brought the real-world results of this conclusion to my attention, as I heard how real people were being affected in real ways, the whole notion began to appear much more dangerous.

Some results are almost silly, like advertisements that try to make children faceless and only succeed in making them look creepy – like a clothing advertisement showing a headless girl mannequin with a grim-faced real boy standing next to “her,” hand on “her” shoulder. (Negiah is okay, but heads are not?) These pictures look like something out of a horror movie, and I cannot fathom how anyone piously following the path of “tznius” could not think, “Oh, wow, this is awful.”

Then, of course, there are the more ideological results.

When a young girl’s face is blurred in the name of tznius, when it is omitted entirely despite her steadfast commitment to modest attire and demeanor, her logical conclusion must be that even her face is not tzanua. That she herself is inherently not tzanua. That her contributions to the world must not rate when held against the harm her appearance might cause, that her very existence must be covered, blurred, even removed entirely in order for her to fulfill her religious duty. Is there anyone who thinks this is healthy? Is there anyone who thinks it is an accurate reflection of the Jewish value of modesty, or that a girl who absorbs this message can grow up to make a positive contribution to her community? She’ll be too busy hiding.

And what does it do to a boy or man to be told he must not even allow a picture of a woman or girl into his house? Are our males so weak they cannot withstand a picture of a tzanua woman – or girl! – without being driven to sinful thoughts? Do we want to raise our boys to think that of themselves? How, then, will they react when they inevitably encounter females in public? Or is the next step to remove women entirely from the streets, the stores, the world?

Recognizing the implications of this seemingly logical policy should, I would have thought, make anyone stop in his or her tracks and reconsider such single-minded devotion to one value.

Then there are the practical ramifications, such as infringing on a woman’s ability to make a living. It is easy to say, “Sorry, we don’t want to risk pictures of women ending up in front of the wrong male eyes” – but when that policy extends to including headshots of male professionals but not their female counterparts, that too should be a clear indication things have gone too far. I’ve seen advertisements for real estate firms that show pictures of all the smiling, trustworthy male realtors, with just a name or a silly cartoon image, such as a smiling house, for the women. If realtors work on commission, the women will certainly lose out financially because nobody even notices them in the advertisement.

Is that what the Shulchan Aruch was hoping for when it ruled men should “distance greatly from women”? Perhaps it makes sense in theory, but the argument falls flat when we see how real people and their real livelihoods are on the line.

I also cannot help but feel that some of the “Photoshopping” and cropping I’ve seen raises questions of veracity. Long before Rav Yosef Karo advised men to “distance from women,” G-d instructed all Jews to “distance from falsehood” (Shemos 23:7). Yet, some newspapers felt it necessary, in the name of tznius, to alter a picture of world leaders at a Paris rally, removing three women who were there and leaving the reader thinking they were not. If in the course of distancing from women, a man finds himself getting that close to sheker, changing the historical record in a Torah-guided newspaper that purports to inform the public, it seems to me that he needs to reexamine his priorities. Looking at that result of a pious commitment to tznius, how can anyone not say, “Oh, but of course, that was clearly a bad idea!”

All this, and not to mention the tremendous chilul Hashem created by the growth of such extreme practices. What must people, including fellow Orthodox Jews, think of our community and our Torah when faced with evidence of such extremism, evidence that our communities do not care about the harm that can result from foolish degrees of “piety”? Certainly, we have standards of halacha and hashkafa from which we will never waver, regardless of what anyone thinks. But just as certain is that among those standards is the importance of drawing distinctions between Torah law, Rabbinic law, established custom…and foolishness.

Halachic literature is full of statements that might easily be understood as leading to one extreme or another. But it is similarly full of statements that qualify or even oppose these first statements, reminding us that – as Rambam points out (e.g., beginning of Hilchot Deot) – extremes are almost never justified. Every value exists on a spectrum, and every spectrum represents only one dimension in this complex world. It might be easier, and even logical, to simply go down the road of “more modesty is better” – but consideration of the real-world results should remind us how foolish we are to ignore all those other competing – or better, complementary – dimensions along the way. 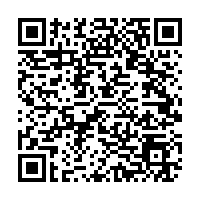