The author of this month’s column is Yitzchak Isaac Katz, a volunteer EMT with United Hatzalah. In addition to his volunteering, he works in the organization’s dispatch center and heads the team of EMS responders in the Ramot neighborhood of Jerusalem.

As an EMT responder who has experienced it all, it is rare that a rescue story can still leave me shocked and breathless. Nevertheless, one of those stories occurred on a recent Friday night in the community of Ramot in northern Jerusalem.

An emergency call went out regarding an infant who had choked and required CPR. The call came just as the cantor had begun the Lecha Dodi prayer in the synagogue. With the peaceful refrain shattered, I and other United Hatzalah rescue volunteers raced to the address given by the dispatcher. Upon our arrival we found an unconscious baby girl.

Together with other volunteers, I began performing resuscitation as another volunteer pulled out an Ambu CPR ventilation bag, while another continued to search for a pulse at two-minute intervals. Volunteers who were involved in the process joined the family in praying for the baby. We notified the dispatch center that we were performing full CPR procedures on this beautiful infant.

After extended CPR, the infant was transported, along with her parents, to a hospital, but not before we promised that members of our team would stay behind and look after and care for the other children.

The ambulance team left. United Hatzalah volunteer EMTs, together with members of the Psychotrauma and Crisis Response Unit, stayed behind to care for the family’s nine other children. Volunteers began going around to neighbors and synagogues in the vicinity to collect the children who had been out of the home when the tragedy occurred.

Once all of the siblings were gathered, the EMS and Psychotrauma personnel gently broke the news to them about the status of their youngest sibling. The siblings and volunteers said Tehillim together.

The group then began singing the traditional Shabbat melodies that accompany the Friday night meal, including the Shalom Aleichem song of the Shabbat angels:

Peace unto you, ministering angels, messengers of the Most High, of the supreme King of kings, the Holy One, blessed He.

May your coming be in peace, angels of peace, messengers of the Most High, of the supreme King of kings, the Holy one, blessed be He.

Bless me with peace, angels of peace, messengers of the Most High, of the supreme King of kings, the Holy one, blessed He.

May your departure be in peace, angels of peace, messengers of the Most High, of the supreme King of kings, the Holy one, blessed be He.

One volunteer made the Shabbat blessing over the wine for the entire group, a second broke and distributed the challah, and a third began to serve the fish from the kitchen, all in an effort to provide a normal Shabbat meal for the children in their time of need. Then there were more songs – zemirot – of Shabbat, uplifting the spirits of everyone there.

Meanwhile, one of the volunteers ran to inform the rabbi of the community of the situation. Upon hearing the news he informed his family he was needed elsewhere and rushed to the children’s home. He joined their meal, providing moral and spiritual support.

The rabbi sat with the children, shared stories with them and listening to their worries. Toward the end of the meal he gave each one a piece of candy to enjoy while they waited for news of their baby sister.

An aunt who lived in the next neighborhood over was brought to the house. Once she arrived she began helping the children get ready for bed. Only then did the United Hatzalah volunteers – excuse me, angels – return home to their own families and their own meals, to once again bless the wine, break the bread, and sing the song of the angels of Shabbat.

Editor’s Note: Sadly, the infant passed away shortly after the choking incident. 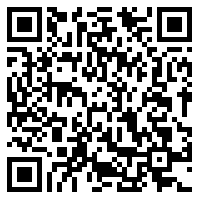