Sub-titled “A Tale of Love, Life and Land,” this is a novel of journeys – transitional ones from secular lifestyles to Jewish observance and Orthodoxy; physical ones – changing communities in Middle America; to pilot trips to Israel; and eventually to uplifting aliyah with its challenges, hardships and ultimate rewards.

Basically, it’s the story of a family with its many branches and personalities. It centers on two cousins – Sondra and Lisa – soul mates in some ways and very different in others. We visit American cities like Phoenix, Atlanta and Kansas; and Israeli cities and a tiny fictional settlement – Kfar Yonatan, and learn of their Jewish communities and how they cope with adversity, sacrifice and common goals that bind them together.

One thinks of family as an all-embracing sanctuary – a safe haven and a refuge from the outside world. But this is rarely the case. A family needs the loving input of all its members to make it work. Life throws many obstacles in the way, and not every member is willing or able to overcome them.

The biggest crisis in the book occurs when Lisa’s Israeli husband, Kobi, mysteriously disappears, leaving her with a young son and pregnant with a second child. She is faced with terrifying questions: was he kidnapped or murdered? Was he involved in a terrible accident? Or did he simply abandon her to start a new life with someone else in a different place? The answer only comes near the end of the book.

The author, Ester Katz Silvers, like her characters began life in small-town America and has lived in Israel for more than thirty years – in Shiloh, where the Mishkan (Tabernacle) rested for hundreds of years before King David brought it to Jerusalem. A mother of seven, now all married with children of their own, she understands the nuances of life in a small Israeli settlement, and conveys them realistically for her readers. It is a wide-ranging family with aunts and uncles and in-laws as well as cousins, some beloved but inevitably some who are difficult to deal with. It is also a story of emotional growth and commitment to Torah; of struggles to succeed among many characters who readers will feel able to relate to; and the heart-warming, redemptive love that binds the two cousins throughout their lives.

The beautiful cover of sunflowers is a delight to the eyes and will enhance your bookshelf. 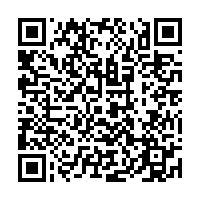