There has rarely been a more maligned figure of such lofty stature as Rav Kook. He was vilified during his lifetime by a small vocal minority of scholars who didn’t appreciate his uniqueness. These individuals cast aspersions on his spiritual insights and hounded him mercilessly.

The great rabbi refused to retaliate and even assisted detractors in times of need. Although he valued opposing opinions, he was vexed by slanderous attacks against his efforts to reawaken a spiritual renaissance among ingathering Jewish exiles.

When God Becomes History is no mere book title. It is an integral part of Rav Kook’s theology. Rabbi Herbert Weiner, in his classic work “Nine and a Half Mystics” called, “Rabbi Kook’s view from above” the key to his spiritual weltanschauung. His outlook is based on seeing the world from a divine perspective of a cohesive historical continuum constantly ascending towards mankind’s redemption.

Rav Kook insisted on spelling the Hebrew word for history – “Historiyah” – with a “Tav” rather than a “Tet,” despite Eliezer ben Yehudah’s contrary opinion. This was because he viewed history as “Hester-Yah, the hiddenness of God” and felt it should be spelled accordingly. When the tapestry of historical events is woven together, they become what Ramchal would call “Maaseh Merkavah,” translated not as “divine chariot (Merkavah),” but rather as the unfolding of the divinely orchestrated “combination (Murkavah)” of world events.

Historical context means everything when understanding the misunderstood. When criticized for eulogizing a non-religious individual like Herzl, his method of nuancing a situation that could have easily led to a desecration of God’s name if handled improperly is to be admired when understood in the proper light.

His delivery of a dedication speech at the opening of Hebrew University was excoriated by some Rabbis for his supporting a secular institution they deemed antithetical to Torah. His young protégé, the later famous Rosh Yeshiva of Yeshivas Rabeinu Chaim Berlin, Rabbi Yitzchak Hutner, witnessed him crestfallen when he learned that Bible criticism was later being taught at Hebrew University.

Rav Kook confided to him that he had been assured that biblical criticism would be avoided and he was greatly pained by this deception. The translation and inclusion of the letter of reflection on this incident written by Rabbi Hutner to fellow disciple of Rav Kook, Rabbi Moshe Tzvi Neriyah, about the follow up to Rav Kook’s speech opening Hebrew University gives depth and richness to an otherwise simplistic understanding of Rabbi Kook’s decision to give this address.

Rabbi Naor uses primary sources as well as Rav Kook’s own words to give historical events perspective. Rav Kook emerges as simultaneously heroic and tragic as we see his love for humanity help him transcend criticism with refinement.

This newly revised and expanded (264 pages) paperback edition by Rabbi Naor includes a new chapter on the history of Sephardic and Ashkenazic schools of scholarship as well as an intriguing introduction that references a modern “Guide for the Perplexed” penned by Rav Kook containing views on the value of different religions.

Rabbi Naor is an expositor par excellence of Rabbi Kook who gives spiritual seekers access to his teachings. He provides historical context for controversies in Rav Kook’s life allowing his nobility to shine through for all to see. His indispensable classic work of historiosophy deserves a wider audience.

This book is a must read for students of Rav Kook to start to truly understand his spiritual lens of the world events he struggled with, as well as for opponents of Rav Kook if for no other reason than to have a complete intellectually honest picture when assessing Rav Kook’s role in key historical events.

Rav Kook was a spiritual lodestar who is just beginning to be comprehended. Thoughtful Jews are confounded by this unparalleled yet largely inaccessible figure. He was opposed by few, revered by many, and a force to be reckoned with by all. 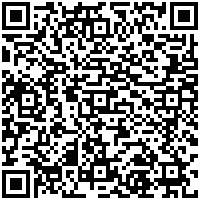