It was the day after President Donald Trump was impeached. A frum singer who goes by the name of “Nachas” decided to make a video:

The whole video is just 13 seconds, but it drew the attention of the Twitter account “Jews For Trump,” which posted the clip online. “I posted it last Thursday late night…not even dreaming of 1,000 views,” the account’s administrator told The Jewish Press. When he woke up, 50,000 had seen it, he said.

And then, at around 2 p.m. that Friday afternoon, the video struck Twitter gold: President Trump himself retweeted it to his 70 million followers.

Spielman, a chassid who co-founded the Orthodox Jewish Public Affairs Council, says he started the account almost immediately after Trump announced his candidacy on June 16, 2015. “I’m a huge fan of the president,” he said. 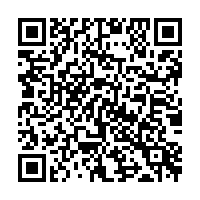