Rama: There is also a legal presumption that a lender does not forgive a loan before the maturity date.

Ner Eyal: Even though the Mechaber uses the language that the lender sues the borrower betoch zemano, “before the maturity date,” we understand this to mean that he sues the debtor on the dawn of the day on which the loan falls due. The debtor could not possibly have had a chance to repay the loan so early that day. If the debtor claims to have repaid the loan so early that day, the only possible scenario is that he actually paid it yesterday, the day prior to the maturity date. One has to understand the words betoch zemano in this way, because the lender has no legal right to claim repayment before the maturity date. His right to reclaim the money is only born on the maturity date. On the maturity date itself, however, there is no longer any legal presumption that the debtor did not repay it, because it not unusual for borrowers to repay a loan on the very day the loan falls due. Accordingly, the only possible window of opportunity in which a lender could benefit from the legal presumption that a debtor does not prepay a loan, is on the dawn of the day on which the loan falls due.

Whenever a debtor is not alive and the creditor sues his heirs for the repayment of their father’s debt, there is a concern that the creditor is taking advantage of the heirs. Perhaps he is trying to collect the debt a second time, even though the deceased debtor already repaid the creditor during his lifetime.

The classic example of this is the case of the widow, who, upon the death of the husband, claims her ketubah money from the husband’s heirs. Because there is a concern that the widow is hiding the fact that her husband already prepaid her ketubah during his lifetime, the rabbis imposed the Shevuat Hayorshim oath on her. She may only collect if she takes an oath that her husband did not pay, or partially pay her ketubah during his lifetime.

The same is true of any creditor who sues the heirs of the debtor. Because it is possible that the deceased already repaid the lender and his heirs are unaware of it, the lender must swear the Shevuat Hayorshim oath that the debtor did not repay him during his lifetime. But this oath is not imposed if the creditor claims the debt from the heirs before the loan becomes due. The legal presumption that a debtor does not prepay a loan works in favor of the plaintiff equally when he sues the debtor himself or when he sues the heirs of the debtor. There is no concern that the debtor, during his lifetime, may have prepaid the lender, because there would have been no pressure on him to do so before the maturity date. 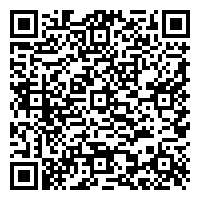