Sa’if 10, Mechaber: A person borrowed money from two lenders. The promissory note evidencing the loans mentioned the name of only one of the lenders as payee. The lender who was not named as payee in the promissory note sues the debtor. The debtor can reject the claim and deny that he owes the plaintiff anything.


Mechaber: If a husband and wife borrowed money from a lender, the wife is responsible for half of the loan. This can be collected from the money payable to her under her ketubah. If the husband or the heirs of the husband repaid the entire amount of the loan, they may recover one half of the loan from her.

Rama: The husband and wife are treated exactly the same as two joint borrowers.

Ner Eyal: The husband and wife who borrow from one lender are treated at law exactly like co-borrowers discussed in Siman 77:1. Each is deemed an arev, a guarantor for the obligations of the other. Accordingly, if the wife has no assets, the lender may collect the entire amount of the loan from the husband in his capacity as guarantor.

The fact that the lender is entitled to collect half of the debt from the ketubah money that the husband will pay his wife at the time he divorces her, or that his estate will pay the wife at the time he dies, does not mean the lender is obliged to wait for half of his money until such time. If the wife has no available cash now, the lender is entitled collect the entire amount of the loan from the husband or his heirs, just like any other lender can when one co-borrower defaults and has no assets. The husband or his heirs will then have the right to sue the wife as co-borrower for reimbursement of the money they repaid on her behalf. If she has no money, they may deduct this amount from her ketubah money when she becomes entitled to it.

Even though a woman’s right to collect her ketubah in the future has a discounted value known as tovat hana’ah, there is no obligation on her to immediately satisfy the lender’s claim by selling her rights to future ketubah payments to a third party buyer for the discounted tovat hana’ah payment. She would be unlikely to find a third party buyer. This is because of the contingent and speculative nature of her rights to future ketubah payments. It is highly unlikely that any third party would buy them.

First of all, the women may never get divorced. Then again, she might die before her husband. In both of those eventualities, which are completely outside the control of a third party buyer, the ketubah monies would never be paid. Adding to the foregoing speculative nature of this asset is the possibility that the woman, after having sold her right to future ketubah payments to a third party, might forgive her husband his obligation to pay the ketubah money. The third party would then find himself in a position of having paid for nothing. The court would not want to lend its hand to such a potentially unfair deal. The only person likely to purchase the wife’s future right to her ketubah would be the husband himself. Instead of doing that, however, he might just as well repay the entire loan and sue his wife to reimburse him for her half of the loan he repaid.

It should be noted that the husband’s right to sue his wife for reimbursement under the above circumstances is limited. It only applies if the wife has property or a business owned separately by her, apart from her husband. With few exceptions, the general rule is that whatever the wife acquires belongs to her husband. Such exceptions include melog property in which the wife owns the property herself subject to the husband’s right to own the yield of that property or tzon-barzel property, the wife’s dowry given to her and valued prior to the marriage.

If she has no such separately owned property, all of her property is deemed owned by her husband. Accordingly, he will have no claim of reimbursement against her and neither he nor his heirs may deduct half the loan from the ketubah. 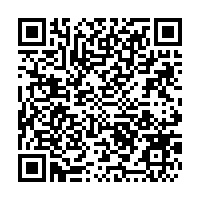