About 16 years ago, I visited Masada with my son and another couple of kids. As I explored a cave, I found a torn string from someone’s tzitzit. I knew that it was probably recently torn from the garment of a tourist to the site but I couldn’t help envisioning the possibility that it had been overlooked by the archeologists and historians who had excavated the site over the years and that it had in fact belonged to one of the heroes who had lived, fought and died on the mountain. However, if it was from a tourist (the more likely possibility), that thread, connecting back to the men who had occupied the mountain 2,000 years ago, testifies to the fact that they did not die in vain. The Roman Empire crumbled into debris while men with tzitzit still walk through the remains of the synagogue of Masada. The Roman Empire lies in ruins while the Jewish nation is still climbing the mountain, wearing tzitzit.


Have you ever noticed that you have some mitzvah that not only finds you but seems to follow you around? With me that mitzvah’s tzitzit strings. From this Erev Yom Kippur till Motzei Yom Kippur, alone, I found three and put them in our gnizah pile. It was like I had to fill my quota before the end of the fast.

True, I live in a large religious area, with Baruch Hashem, bli ayin harah a lot of kids so it’s not inconceivable that there’s going to be tzitzit strings lying on the sidewalk, but I’m pretty sure that not everyone sees them. Like Hagar, who only saw the well when Hashem’s angel opened her eyes, I think these strings are attached to me and meant for my eyes only.

Many people have “their mitzvah.” I met a neighbor Yom Kippur night and said to him, soon it’s “Your” holiday. He laughed. Sukkot his family goes all out – a huge Sukkah, as much of the house brought down as possible including the kitchen sink, which we all make use of to wash at, kids tricycles and toys, a barbecue. This neighbor and his family go on Succoth vacation in our parking lot and bli ayin harah really do the mitzvah of rejoicing in the chag properly.

Whether it’s a mitzvah that chooses us or we who choose the mitzvah, each one of us has a mitzvah with our name on it; that we are somehow destined for. But we might miss it if we don’t keep our eyes peeled and our hearts open. And having found it, rejoice in it like my neighbor does in his sukkah. 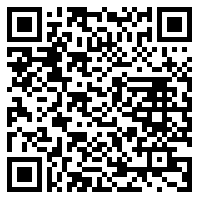