Back when we established Hineni, kiruv – outreach – was practically a foreign concept.

The observant community had no confidence in these “newcomers” to Torah. “They will never last,” people warned me. As for secular Jews, their attitudes ranged from hostility to outright suspicion and fear.

Generations have since passed and we now see both camps were wrong. The ba’al teshuvah movement became a powerful force, changing Jewish lives throughout the world. The pintele Yid in the Jewish neshamah may be dormant, but with just a little spark we can ignite an entire soul.

The following is an excerpt from an e-mail I received from a bright young woman. In our dismal world, it is inspirational and spiritually uplifting to know there is another side to the “assimilation coin” and that Jews of all ages and backgrounds are coming home.

I must begin by saying Thank You. Three years ago my life jerked to a halt and I was forced to stop and think deeply for the first time.

I lived what one might call a typical suburban lifestyle – attending summer camp, playing sports, going to secular schools, being a Jew among Jews and non-Jews, feeling partially connected because of the lifestyle we outwardly shared but partially disconnected because inwardly my family was different from the other families on the block, in my school, and in my temple.

This was not only because I had a family that made an effort to sit down every night of the week to have dinner together but also because my father was searching for something he knew was missing from his life.

When my father hit his forties, my mother told him he had to get his head out of work and “find a hobby.” Long story short, he went searching for G-d. My mother soon came to regret her suggestion to my father, as her entire world turned upside down.

My father grew in Yiddishkeit, slowly working his way from Reform to Conservative and then, Baruch Hashem, to Orthodox. Our regular family Friday night dinners slowly went from challah and non-kosher chicken to semi-kosher and finally to kosher. My father’s progression angered, frustrated, and challenged my mother, as with every new thing he took on she felt the infrastructure on which they had built their family slowly being taken down brick by brick.

My father’s rebbeim told him it was important he get his children learning – that they were young and needed a true understanding of Torah. So my older brother began learning a few hours a week after school. A couple of years later, I began learning after school with a rebbetzin.

My parents’ household tug of war continued, but they still loved each other deeply and eventually worked out the details. My brother and I continued living our lives in the secular school system with our secular friends. Our mother continued to stress sitting down every weekday and weekend for dinner together, and eventually my father’s Shabbosim became my mother’s dinner parties.

As my father’s observance of Torah grew ever stronger, however, Shabbos and Judaism became something of a burden to us. But our lives continued in relatively normal fashion.

Fast forward: The woman I had been learning with told me about a speaker named Rebbetzin Esther Jungreis who was coming to town. I had been reading your columns for years and was looking forward to hearing you speak, although of course I had no idea what was in store for me.

That night, you spoke about a loss of Jewish self in our world and what would become of our future if we did not take a stand and do something about it.

Something deep inside me cried out. Who was I and what impact on the world was I going to make if I didn’t know what being Jewish meant to me? I held back my tears, but my mind was racing. I decided I wanted to have a future in which I knew what it meant to be Jewish and why it was so special, but first I had to figure it out for myself.

I decided that I had to go to Israel that summer to learn Torah, because that was the place where I would out more about being a Jew. I arrived in Jerusalem and enrolled in the Jewel program, where your granddaughter Shaindy Wolff Eisenberg was my inspirational teacher.

I realized there was no bending of Torah rules, and after much discussion and the passage of time, my family became united through Torah. Initially this was extremely difficult for my mother, but she is an amazing woman and did what every mother who loves her children does. She hopped, jumped, and skipped over hurdles for her family, and today we are all united and keeping Shabbos together.

Your impact on my entire family has been tremendous. Not long ago, you came back to our city to speak. My mother came up to you and briefly told you about me and about our family’s spiritual journey. She became teary-eyed as she spoke. You grabbed her hand and took a picture with my parents.

I can only hope I will, please G-d, pass on the Torah’s message and awaken other neshamas just as you awakened mine. Thank you. 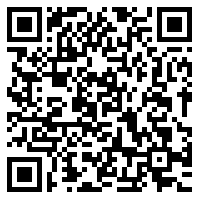