In this week’s parshah, Yosef is sold by his brothers to Mitzrayim. For all intents and purposes, this was the end of his life. He would now be a slave in a foreign land, never to see his family again. This was it for him.

While relating this harrowing episode, though, the Torah adds an interesting detail. It tells us that the merchants who transported Yosef down to Mitzrayim had spices and perfumes with them. Rashi tells us that this was uncharacteristic of these merchants, for they generally transported foul-smelling items.

Very interesting! So, while Yosef’s entire life was collapsing, at lease he got to smell pleasant fragrances! What? That makes no sense. Why would Yosef care about the smell of the caravan? What was the purpose of this miracle?

The answer, explains Rabbi Chaim Shmulevitz, zt”l, is that while we all go through hard times, the key to getting through them is to realize that Hashem is with us in our darkest moments. To contrast feelings of despair, Hashem sends a small sign of light to brighten our dimmest situations, reminding us that He is with us. They may not be out in the open, but they are there.

The perfumes that Yosef smelled on his way to Mitzrayim were not only intended to offer a pleasant fragrance; they were meant to relay a great message of hope to Yosef during this challenging time.

Sometimes Hashem performs tiny miracles that serve only to show His love for us and remind us that He is here with us in our moment of difficulty.

Of course, this leads us to the upcoming holiday of Chanukah. As we know, the Gemara says that the holiday of Chanukah was instituted to commemorate the miracle of the menorah lights. A jug of oil burned eight times longer than it should have.

The answer is the same as before. It is the small, seemingly unnecessary, miracles that demonstrate Hashem’s love for us. The military victory was truly a remarkable miracle, but it was necessary for our survival. The miracle of the oil was not necessary! And that is why it demonstrates Hashem’s love. When parents provide food, clothing, and shelter for their children, does that show the child love? Not necessarily. But let a parent come home with a small gift, something unnecessary, something extra, and the child feels special and loved.

One of the main messages of Chanukah, and the story of Yosef, is that although there will always be difficult times in everyone’s lives, we must look for that small but meaningful sign of hope and love from Hashem that will remind us that He is with us. That is the only way to overcome life’s most difficult challenges. 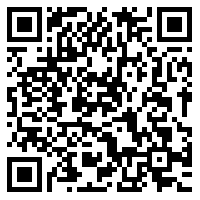