We are told that Rabi Shimon Ben Shetach (who was one of the earliest Tannaim) was sitting in his study one day engrossed in Torah, when a student ushered in a stranger.

“Master,” cried the man, “there is something that I must discuss with you privately. It is of great importance.”


Sending everyone else out of the room, Rabi Shimon asked the stranger to be seated.

“I need help desperately,” began the man. “I come from the home of wealthy and good parents. In my youth, however, I disobeyed them and the commandments of G-d and followed the dictates of my heart. My parents tried to reason with me, but it was all to no avail. I lied; I cheated; I stole. Finally, my heartbroken parents banished me from their home.

“I fell in with a band of thieves, and together we stole and robbed and beat people. I became so adept at this that I won favor in the eyes of the group, and they appointed me their leader.

“One day, we decided to rob the home of a wealthy family in a certain town. Breaking in, we pounced upon the family and bound them with thick ropes. We then began to plunder and ransack the house. Entering an upstairs bedroom, I saw a child asleep, and as I came close to his bed, he muttered in his sleep: ‘The wrath of the Almighty is turned to the doers of evil to erase their memory from the earth.’

“I was shaken as I heard these words, and a fear of G-d came over me. Awakening the child, I asked him: ‘Where did you learn these words?’

“’These are the words of King David,’ he answered, ‘and I learned them from my rabbi in school.’”

“‘And what else have you learned there?’

“Hearing this,” continued the robber, “I was again shaken, and I ordered my comrades to release the captives. When we returned to our hideaway, I felt a deep pain in my heart, and I resolved never again to do the evil things that I had done. I took leave of the other robbers and left for a village where I resolved to find honest work and redeem myself.

“However, my evil inclination is very powerful and I am tempted to return to my old ways. I have come to you, therefore, to help me conquer it. Show me the way to remain honest and not give in to my temptation.”

Rabi Shimon answered: “You are to be blessed for what you wish to do. Listen now carefully to what I have to say, and you will be able to conquer your inclination and keep from evil. Remember always: ‘Keep from falsehood.’”

The robber stared at Rabi Shimon: “Is this all you are going to tell me? Is there not more powerful advice and help to give?”

“You will see,” replied Rabbi Shimon. “If you but listen and keep from falsehood, you will not steal again.”

The man was still unconvinced, but he went to the room he rented and hoped that Rabi Shimon was correct.

That night, he grew very hungry and went to the apartment of the lady from whom he was renting his room. He knocked, and when there was no answer, he opened the door and walked in.

The apartment was empty as the family had left, but in the corner was a great wooden chest. Walking over to it and opening it, the man gasped as he saw a whole treasure of jewelry and other valuable items. Hastily pocketing a handful of valuables, he tiptoed back to his room and lay down on his bed.

When the woman comes to me and asks if I was home during the theft, he said to himself, I will simply say that I was out and know nothing about it.

Suddenly, the man remembered the promise he had made to Rabi Shimon that he would always speak the truth. How then could he lie to the woman and say that he was out during the theft? On the other hand, if he did not lie, he would become the primary suspect.

Then it dawned upon him. This was what Rabi Shimon meant! It would be impossible for him to steal if he never lied. Jumping up from his bed, he ran back to the woman’s apartment and returned the property he had stolen.

“Bless Rabi Shimon,” he said. “He is indeed a wise man. Now I know that if I but adhere always to tell the truth and never tell a lie, I will be saved from the sin of robbery.”

Such is the power of truth – and falsehood. The quality of our lives will be determined by whether we are true or false to ourselves and to others. 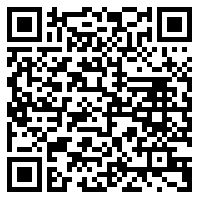