In Parshat Noach, we are taught that Hashem commanded Noach to seek out male and female animals of each species and to host them on the Ark. In this way, after the flood and the loss of animal life on the planet, the animals would mate and repopulate the earth with their offspring.  That is the existential goal of all living things: to launch future generations, to replace themselves and ensure continuity.

We Jews have been around for a very long time, actually thousands of years, yet, in terms of our numbers, we haven’t done that well in reproducing ourselves. It’s not for a lack of trying. It’s just that over the centuries we had too many enemies who deeply resented our existence and greatly decimated our numbers – in particular, during the Holocaust that took place over 70 years ago.


Millions of infants, teens and young adults and those of child-bearing age who were murdered would likely had produced over 30 million descendants by now had they been allowed to live and start families.

What a world we would be living in had those future generations been allowed to be born and raised. The relative few Jews who exist today have changed the world due to their collective medical, scientific, economic and cultural genius.

Some might argue that several of the changes were not necessarily to our ultimate benefit, but nonetheless the change is real and the many innovations generated by brilliant and creative Jewish minds has made daily life almost unrecognizable from what existed mere decades ago.

Just a few years ago I wrote a poem about a mother who misses her child who has gone off to Israel for his/her gap year. She recognizes that to grow, her child must board that airplane, but she longs to connect, and eagerly anticipates a letter home.

That poem wouldn’t work in the least nowadays. With cellphones and video calling, people can instantly communicate and see each other as well as observe what the person is looking at: Ma, should I buy you this amazing needlepoint of the Kotel?

I think of the heartache experienced by parents whose kids left Europe for America and knew that it was unlikely they would see each other again. Any mail they received would take weeks to arrive and the news the letters contained would be outdated. A recent series of articles in The Jewish Press on the experiences of the writer’s ancestor’s experience coming to America and the separation from her loved ones, especially during the war, highlighted the changes that have occurred in the last 100 years in our ability to communicate instantly.

But I’m digressing. The point of this column is about enhancing our divine mandate of tikun olam – improving the world by our presence and our willingness to share our talents and gifts with the nations of the world.

In order to maximize this G-d-given mandate, it is crucial to replenish our numbers. We need to build as many families as possible, families who will be imbued with the wisdom of Torah and use this knowledge to enhance the quality of people’s lives globally.

In other words, we need to minimize as much as possible the scourge of singlehood that has afflicted our communities.

A few months ago a friend of mine with children of marriageable age asked me to go with her to a gathering where Tehillim would be recited on behalf of older singles. She was reluctant to go alone, and wanted me to come along to offer her moral support. I agreed because I am a great believer in networking, seeing people I know and meeting new people, as an idea might surface for a shidduch in the least expected circumstances and the most mundane conversations.

I expected a dozen or so participants, and was surprised to see over 40 participants crowding the room. Almost all were the mothers of singles; none of the actual unmarried young men and women were there – I imagine it would have been difficult for them to show up and “advertise” their singleness or, as perceived by the more sensitive, a failure to get “launched.”

After an inspiring speech by a guest speaker, the ladies were asked to submit names for Tehillim.  There were more than 100 names read out. It struck me that there were quite a few from one segment of the frum community – the “black hat” crowd. There were just a handful of Mizrahi or Modern Orthodox mothers in the room.

While Toronto has a sizeable frum population, 100 older singles from just one segment was disconcerting to me. I did recognize quite a few women in the crowd, and was aware that they were davening for daughters who were past their 20s.  That meant that out of the over 100 names, the great majority were in their 30s. The worry and heartache was palpable. There were some women who were Facetiming others so that those who could not be there physically could still participate in the group tefillah.

The reality of non-marrieds hits every family, whether its your child or grandchild or niece or nephew. It was once thought that everyone would eventually get married – but that is not the case.  Many of the 30-somethings that I knew years ago are still single and in their 50s or 60s. They are still “looking,” although at this point, it is more for companionship than to build a bayit ne’eman b’Yisrael.

So is this demoralizing situation fixable? Is it the fault of parents, shadchanim or the individuals themselves?

It is a complicated situation with many factors to consider, but I believe that the community could be more open to providing “kosher” places where young people of both genders can meet and get to know each other in a non-pressured environment.

Mixed single tables at simchas would be a good beginning. Young people who otherwise would never have gotten on each other’s “list” because of looks or money or being in the wrong profession might, after engaging in conversation at the table, put these superficial “musts” aside.

Another valuable meeting place is in the home of married friends, with perhaps four singles of each gender getting to know each other during the festive meal. There should not be any pressure as there are others participating in the conversation. It could be a golden opportunity to get to know someone without having to make an instant decision regarding his or her suitability.

Reach out to those you see in shul who are single, both male and female. Invite them for a meal or coffee during the week, and get to know them. Perhaps you will think of someone for them.  Have other friends meet them as well.

Singles can be proactive in creating matches instead of being passive and waiting to be set up. Let people know you exist – meet as many people as possible. Network for yourself and others. If someone you dated didn’t work out for you, take a few minutes to think of someone he/she might be compatible with.

The general community – both married and single – as a whole has a responsibility for tikun olam. What greater way to fulfill this obligation than by helping couples meet and enabling them to create “worlds.” 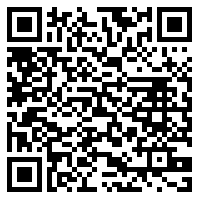