I’d like to thank The Jewish Press for the newspaper subscriptions you have been sending, free of charge, to Sing Sing Correctional Facility and for renewing them for another year.


Our Jewish inmates always look forward to receiving their weekly copy of The Jewish Press.

May Hashem grant the publishers and employees of The Jewish Press, and their families, good health so that they can continue helping our Jewish nation, and may we all merit to see the coming of Mashiach in the very near future.

Guns And The 2nd Amendment

I strongly disagree with readers Marc and Rachel Erlichman (Letters, Oct. 27). Everyone is entitled to his or her opinion, but theirs is hardly convincing. They argue for more guns – not fewer – to safeguard the lives of our citizens. But the fact is, the U.S. has more guns – and more deaths due to guns – than any other major nation.

The Second Amendment clearly recognized that a civilian militia was necessary to support our armed forces at that particular time in history. For one thing, as the Erlichmans pointed out, our armed forces could not afford to purchase all the weapons (shipboard cannons as well) needed to defend our shores. Today our military forces are well financed and can afford the guns they need.

Equally important, we should read the Second Amendment just as it was written and carefully worded in 1789. First and foremost it recognized that “a well regulated Militia” was “necessary to the security of a free State.” And it was on that basis that it then stated “the right of the people to keep and bear Arms, shall not be infringed.”

Further, according to Merriam-Webster, a militia is “a group of citizens with some military training who are called into service only in emergencies.” That certainly does not apply to all people at all times.

We New Yorkers are tired of the way Mayor de Blasio has paralyzed New York City’s roads, raised taxes, increased the city’s budget in three years by 41 percent to $85 billion, and suffocated the business climate. We must vote him out of office to stop the ongoing destruction of our city.

De Blasio is responsible for the unacceptable traffic clogs. Not only did he not expand transportation in New York City, he actually eliminated car arteries and lanes by 30 percent and introduced irrational traffic laws. His actions have caused increases in air and noise pollution and caused unimaginable traffic congestion.

Higher taxes, more and more regulations, the traffic nightmare described above – these were not authorized by the voters. Let’s fire de Blasio and go back to open roads, lower taxes, and fewer regulations.

As evidenced by our recent series of letters to the editor, reader Reuven Solomon and I are seemingly locked in what might turn into a never-ending debate, trying to establish in the pages of The Jewish Press whether it’s the left or the right that constitutes the greater threat to Jews and America.

It is his contention that neo-Nazis and the KKK are the supreme threat, while I maintain it is the hard-left anarchists and Black Lives Matter radicals who pose the substantial threats to our peace and tranquility.

I find Mr. Solomon’s position an anachronism that hearkens back to the 1920s and 1930s and is totally unrelated to 2017. Whatever power and influence the KKK and Nazi sympathizers like Father Coughlin had 70 and 80 years ago is but a distasteful memory, a negative footnote assigned to history’s scrapheap.

During one of the 2012 presidential debates, Mitt Romney said to President Obama, “We’re all entitled to our own opinions but not our own facts.” My point exactly.

The numbers, the sheer statistical facts, do not support anything Mr. Solomon puts forth. KKK and Nazi turnouts in Anywhere, U.S.A., are little more than an ugly joke, with a handful or two of misfits showing up to spout their idiocies while surrounded and outnumbered by police officers. They draw no enthusiastic support, just scorn and derision from onlookers. How Mr. Solomon interprets these gatherings as a dangerous harbinger of fascist conditions in our country is beyond me.

Meanwhile, hard-left anarchists descend on a city and commit arson, destroy property, and assault police. But Mr. Solomon seems hesitant at best when it comes to denouncing the leftists and anarchists. He just rehashes the alleged threat to democracy posed by the moribund KKK.

As I’ve written previously, neither the hard left nor the hard right deserves any kudos. Both sides are comprised of misfits, morons, and miscreants.

The wisdom of our beloved Constitution never ceases to amaze me. It provides both gangs of idiots the right to speak and thereby reveal their stupidity to the American people.

I’m on the right and Reuven Solomon seems sympathetic to the left. That’s fine. That’s America. We can debate, disagree, even get a little hot under the collar, but what we can’t do, must never do, is alter, ignore or discard facts. Sometimes they sustain our positions and sometimes they don’t, but facts must be presented and honored as the building blocks of a strong, free, honorable nation of law and justice for all its citizens. 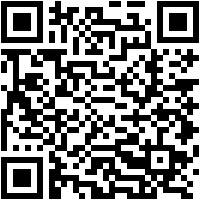