“As a young man, Rabbi Jung studied at his father’s yeshiva, continuing his Talmud education at Eperjes with the esteemed Rabbi N. B. Fischer and later at Galanta with Rabbi Yoseph Zvi Dushinsky. He subsequently moved to Berlin to study with Rabbi David Zvi Hoffman, the director of the Hildesheimer Rabbinerseminar, ultimately receiving rabbinic ordination from him in 1920.

“Rabbi Jung received an additional ordination from Rabbi Mordechai Schwartz and Rabbi Abraham Isaac Kook while the latter was in London during World War I. After studying at several universities on the European continent and in England including Vienna, Berlin, Geissen, Marburg, Cambridge, and London, Rabbi Jung earned the equivalent of a Ph.D. at the University of London.

“In 1920 Rabbi Jung immigrated to the United States, accepting a rabbinic position at Congregation Knesset Israel in Cleveland. While in Cleveland, he was instrumental in organizing a Jewish cultural organization called Sinai and an office to assist Sabbath observers in securing employment.

“Two years later, in 1922, he was invited to become rabbi of the Jewish Center, a Modern Orthodox synagogue in Manhattan. Orthodox rabbis in New York at that time were largely found among the Eastern European Jews of the Lower East Side. Unlike many of his distinguished Eastern European colleagues, Jung had been inspired by German Orthodoxy’s philosophy of Torah im Derech Eretz.

“With his combination of yeshiva and secular education, he was the ideal person to articulate Orthodox Judaism to a generation of Upper West Side, American-born men and women eager to accommodate Judaism with American culture and values. His commitment to Torah im Derech Eretz animated his work, and for the next several decades he came to be regarded, not only by his congregants, as one of the leading rabbis of Modern Orthodoxy in the United States.” [From Orthodox Judaism In America: A Biographical Dictionary and Sourcebook by Moshe D. Sherman, Greenwood Press, 1996.]

“Since Orthodoxy was not well represented in the Jewish-American publication world, Jung’s Jewish Library Series and his other works played an important role in creating books for and about Orthodox Judaism. The multi-volume series helped promote traditional rabbinic biography and literature among the American public.

“In 1926, Rabbi Jung, as head of the editorial board of the Jewish Forum, recommended that all Jewish organizations have Sabbath observance as a fundamental purpose. The UOJCA instituted a Sabbath Committee, which included Rabbi Jung. The committee’s goal was to educate, to rally loyalty to the Sabbath, and facilitate employment opportunities for Sabbath observers.

“He built new mikvehs, ‘hygienically and aesthetically on the heights of Judaism.’ He was responsible for some fifteen aesthetic and modern mikvehs in America. He stated in Rhythm of Life, p. 44: ‘I can remember a number of loathsome places…and I cannot criticize too sharply the carelessness which made such conditions possible. Coupled with the inability of the rabbis to discuss this all-important subject and with a lack of informed rebellion among women (who should have refused to get married before the community established decent mikvaoth), the situation prevailed which rendered such hostility on the part of the half informed and uninformed young women more intelligible.’

“Known as a generous person, Rabbi Jung was involved in supporting many charitable causes. He raised funds for the Rabbonim Aid Society (which he founded), the Joint Distribution Committee, the Jewish National Fund, and Poalei Agudath Israel. He was a founding trustee of the Jewish Braille Institute, chairman of the New York State Kosher Food Advisory Committee, and member of the Jewish Agency.

“During World War II, he worked with Rabbi Michel Weissmandel in trying to save victims of the Holocaust and in establishing a yeshiva school for refugees in New York. Following the war, he helped thousands of European Jews to obtain visas and resettle in America or Palestine.

“But most of his efforts were spent trying to build in America what he called ‘Torah-true Judaism.’ A zealous supporter of Jewish education, Rabbi Jung worked for the benefit of the Rabbi Jacob Joseph Yeshiva in New York and was involved in establishing religious schools for Jewish women. He helped found the Beth Jacob school for girls in Krakow in the 1920s and for many years assisted the efforts of the Beth Jacob system in Europe and the United States.

“He also developed a close relationship with the Rabbi Isaac Elchanan Theological Seminary, where he was appointed a professor of ethics in 1931. Rabbi Jung remained identified with Yeshiva University throughout his life, an institute that most closely reflected his own religious philosophy.” [From Orthodox Judaism In America]

“In the 1950s his constant themes were reverence, righteousness, and rachmanut, which he referred to as the three ‘R’s’ of kedushah (holiness).…

“Rabbi Jung advocated civil rights, avoiding nuclear disaster, and the fighting of the immorality of communism. His speeches from the 1950s are against segregation, against atomic energy, in favor of the United Nations wanting to bring world peace, and for racial and economic justice in America.” [From Rabbi Jung’s Wikipedia entry] 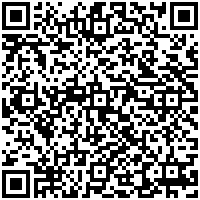