I wrote in my May 26 Jewish Press column (“A Matter of Judgment”) of the urgent need to separate politics from American courts and American judges.

My argument was quite simple. The law and the application of the law are far too important for “We the People” to lose confidence in the legal system that underpins our democracy.


In the past year we have witnessed a pattern of federal courts throwing out or freezing President Trump’s executive orders. It is apparent – indeed transparent – that these rulings are the product of the political prejudices of the justices responsible for making them.

Even a cursory glance at their published opinions and the reasons they offered for their rulings demonstrates that.

Just how insidious and widespread that prejudice has come to be, and how it threatens the fragile balance on which our system of government depends, was on display at a judicial hearing in Washington earlier this month.

Senator Dianne Feinstein ignored both Ms. Barrett’s stellar legal record and her abilities in order to zero in on her one essential flaw. Ms Barrett, you see, is an observant Roman Catholic.

Said Sen. Feinstein: “I think whatever a religion is, it has its own dogma. The law is totally different. And I think in your case, professor, when you read your speeches, the conclusion one draws is that the dogma lives loudly within you, and that’s of concern when you come to big issues that large numbers of people have fought for years in this country.”

But that would only be a concern if Sen. Feinstein could cite evidence where Ms. Barrett had advocated her own religious worldview as being superior to American Law.

The senator could not.

In fact, Ms. Barrett co-wrote a law review article in 1998 when she was a law clerk. It contained this observation:

“Judges cannot – nor should they try to – align our legal system with the Church’s moral teaching whenever the two diverge.”

The article addressed what Catholic judges ought to do when they conclude they cannot in good conscience apply the law as written because it clashes with their own moral views. The answer Ms. Barrett gave was that they should recuse themselves.

I don’t think it would be unfair to suspect that had Amy Barrett been, say, Aviva Bernstein, an Orthodox Jew, Sen. Feinstein would have been equally – or probably even more – appalled.

Nor do I think it would be difficult to imagine that if the nominee for the Seventh Circuit Court of Appeals was named Medina Masoud and wore a hijab, Sen. Feinstein would have found her own question, if voiced by someone else, to be deeply prejudiced and/or racist.

Let’s leave the dizzying double standards of the American Left behind and consider that last week we Jews (including Sen. Feinstein) were subject to our own Judicial Hearing.

The Judgment that was passed then was, frankly, no less prejudiced than the statements made by those who sat in judgment of Amy Barrett.

And in a manner just as brazenly open as Sen. Feinstein’s bias, Hashem, lehavdil, laid out His prejudice for all to see from the outset.

The original Rosh Hashanah, the “Yom HaDin,” was set up to hear the case against the first human being, whose guilt was not even in dispute.

After that case was tried and all the extenuating circumstances taken into account, the Judge made an astonishing statement, recorded in the Midrash:

The extent of the Judge’s bias in our favor is simply too extensive to deny. Even the way He runs His court gives His bias away.

There are two days on which evidence is heard. The first is devoted to harsh accusation, but the second is solely for excuses and justification.

Then there is an automatic recess for ten days before the court resumes on Yom Kippur. If, during that period, the accused demonstrates real remorse and sincerely attempts to make amends to those he has hurt or damaged, the gavel hits the desk and the Judge declares: “Case Dismissed.”

But, one might protest, if the law and the application of the law are far too important for “We the Jewish People” to lose confidence in, surely applying the law in this manner will lead to claims of unfairness and do precisely that.

It might be useful to pause and consider an explanation from the Judge Himself that might help clarify the issue. It was published in a “law review” by the prophet Isaiah around 2,750 year ago:

“My thoughts and the way I view things are not the same as the way you do.”

No human court can look beyond the evidence with which it has been presented. (If, as in the cases cited above, it is biased, that evidence will carry little weight in any case).

It can and should look for mitigation and hear testimony that the accused acted out of character.

But no judge or jury can ever know the entire story of a person’s life and how the elements of that life – those of his choosing and those chosen for him – led him to the mistakes he made.

Additionally, no human judge can ever be guaranteed that any assurances the crime will never be repeated are sincere.

The way Hashem views such things is different. He is completely aware of all those factors.

He also knows the potential of those He is judging on Rosh Hashanah and Yom Kippur to change the direction of their lives. This applies whether it is one person or many people who are accused of the same crimes or misdemeanors.

Hashem has, after all, judged exactly these kinds of cases on 5,778 previous occasions. He has seen individual Jews and even the entire Jewish people turn their lives around many times before.

There is one other factor Hashem’s court takes into account before passing sentence:

“The way you judge others is the way you are judged in turn.”

Last year was not a very good on that score, another thing I wrote about in a recent column (“Sinas Chinam and the Duck Test,” July 28).

Charges against a handful of observant Jews were accepted as hard fact in the court of public opinion long before any evidence had actually been heard. The verdict was a forgone conclusion and many non-Jews were quick to loudly pronounce a verdict of “Guilty.”

Even more troubling was the fact that many Jews displayed an identical bias and prejudice and shouted the same preemptive verdict just as loudly.

That’s a sobering thought for us as we prepare to stand in front of the Judge who takes into His calculations “The way you judge others is the way you are judged in turn.”

We are only hours from offering our own final pleas and mitigation as we attempt to convince the Judge that we acted out of character. We still have time to show real remorse and present evidence that we have attempted to make amends.

Knowing that the Judge is biased in our favor precisely when we offer him those assurances, let us approach Yom Kippur as a day when we won’t be convicted but, rather, as one when we’ll be acquitted. 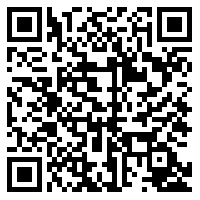