“Eclectic” would probably be the best word to describe the life and interests of Rabbi Dr. Chaim Simons. Born in England in 1942, Rabbi Simons received a doctorate in chemistry from the University of London in 1966; immediately moved to Israel where he received semicha and became one of Hebron’s first settlers; returned to England in the 1970s as director of Jewish Studies at the King David High School in Liverpool; and made aliyah once again in 1978. He hasn’t set foot outside the Holy Land since.

Now retired, Rabbi Dr. Simons has written articles and books on subjects ranging from the Chinese esrog to pre-1948 support for transferring Arabs from Palestine. His most recent book, “Carmel College in the Kopul Era” (Urim Publications), tells the story of a now defunct Jewish boarding school in England modeled on such venerable British schools as Eton and Harrow.


The Jewish Press: You moved to Hebron in 1968, less than a year after the Six-Day War. Why?

Rabbi Dr. Simons: As soon as the Six-Day War ended, I said, “There’s no point in just talking about living in the newly liberated territories. We have to go there.” So in 1968, I went to Hebron and lived for three years in a military compound with approximately 20 other families.

Your most recent book concerns the early years of Carmel College, which you attended as a child. How would you describe this school?

It was started in 1948 by Rabbi Kopul Rosen. He was born in London, went to Mir Yeshiva in Poland in 1935, became a rabbi in Manchester, then chief rabbi of Glasgow, and then chief rabbi of the Federation of Synagogues. But he always had in mind to build a school. What was his idea? In England, apart from the public schools, you have private schools, such as Eton, Harrow, and Rugby. Rabbi Rosen wanted a similar school but with a Jewish foundation. He wanted a combination of Mir Yeshiva and a school like Eton.

Was there a dearth of excellent Jewish schools in England at the time?

There were virtually no Jewish schools in England at that time. Rabbi Rosen wanted students who came from homes that didn’t know anything about Yiddishkeit to come to Carmel College. He wanted to educate them.

Was Carmel College run like other English boarding schools of the period – complete with academic excellence, training in how to be a gentleman, and old-style discipline?

Yes. Torah, modern Hebrew, and Jewish history were all integrated into a framework of a private school. We had sports, debating societies, music, instruction in table manners, etc. The main idea was to make it Mir plus Eton. And corporal punishment was standard. Now it’s unheard of; you could end up in jail. But in those days, almost every teacher used corporal punishment in one form or another.

From pictures in your book, it seems that Carmel College students often didn’t wear yarmulkes. Why?

It was a Yekkishe custom. Today it seems strange, but in those days, the 1950s, even rabbis didn’t always go around England with yarmulkes on. And in Carmel College, apart from Jewish studies and eating and davening and things like that, the wearing of a yarmulke was not encouraged. Today it seems unbelievable, but that was the situation in the 1950s.

Why did Carmel College close in 1997?

I can’t really say. My book only covers the early years of the school – until Rabbi Rosen passed away from leukemia at age 48 in 1962. But the school closed suddenly. I attended the 35th yahrzeit of Kopul Rosen in Jerusalem in 1997. The whole Rosen family was there. Nobody had any idea the school was going to close. And then a few weeks later we saw in the paper that it was closing. It came as a big shock to everyone.

The subject of one of your earlier books concerns pre-1948 support for transferring Arabs out of Palestine. Many people today believe this idea to be radical, but you demonstrate that many mainstream figures entertained it.

Yes. In fact, many of the people in the beginning were leftists. Ben-Gurion, Weizmann, Herzl – they all spoke about it. Herzl wrote in his diary, “We shall try to spirit the penniless population across the border by procuring employment for it in the transit countries whilst denying it any employment in our own country.” Ben-Gurion said, “I favor compulsory transfer. I see nothing unethical in it.”

Many respectable non-Jews favored the idea too. Presidents Roosevelt and Hoover came out strongly in favor of it. After a meeting with Roosevelt on the subject, Undersecretary of State Edward Stettinius wrote that the president “thinks Palestine should be for the Jews and no Arabs should be in it.” Even some Arabists like Harry St. John Philby supported the idea.

Today people say, “Oh, it’s a modern racist idea.” It’s not. It’s been there right from the beginning of modern Zionism and was advanced by numerous people.

Another one of your books concerns the religious observance of the Jews of Kaifeng, China. In particular, you discuss the esrog they used. How was their esrog different?

During the Second World War, when the Mir Yeshiva was in Shanghai, the only esrog they could find was a Chinese esrog, and there was a debate about whether they could use it or not. A few opinions do allow using this esrog, but most don’t.

Last question: A few years ago, your son-in-law Baruch Mizrahi was killed by one of the terrorists released as part of the Gilad Shalit deal. Are you upset at the Israeli government or do you think it perhaps had no other option?

I think the deal was irresponsible. At the time I said, “Why not cut off the water and electricity to the Gaza Strip? You’ll see how quickly they’ll release Shalit.” You’ve got to understand: All these people in Gaza support Hamas. 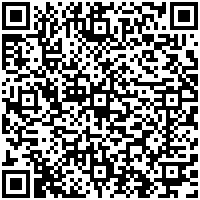