Why Trump Should Stop Funding UNRWA

According to reports, the Trump administration has pledged to continue providing its annual contribution of more than $300 million per year to the UN Relief and Works Agency (UNRWA), which ministers to so-called Palestinian refugees.


Below, in no particular order, are six reasons the U.S. should stop funding UNRWA and instead take the approach recommended by Prime Minister Benjamin Netanyahu, who has called for dismantling the UN’s Palestinian “refugee” agency.

1) The Palestinians and Arab nations have distorted the history of “Palestinian refugees” to manipulate the international community. The Palestinian narrative is simple: When the Jewish state was founded, Israel largely kicked the Palestinians (who, by the way, did not exist at the time under the name “Palestinians,” but were local Arab inhabitants who lived in a region also inhabited by Jews) out of their homes, thus causing hundreds of thousands to become refugees. The Palestinians refer to Israel’s creation as the “Nakba,” or catastrophe, when Palestinian Arabs fled or were expelled from their homes.

The reality is quite different. After Israel was founded in 1948, a military coalition of Arab nations immediately formed to wage war on the new Jewish state. Some local Arabs (who did not yet go by the name of Palestinians) left the area in anticipation of the war, others directly responded to the dictates of Arab states to stay out of the way so that invading armies could conquer Israel, and still others fled once the war started so as not to be caught up in the fighting.

Arab states waged the war after refusing to accept UN Resolution 181, which called for the partition of the British Mandate of Palestine into Arab and Jewish states. The Jews immediately accepted the resolution, but the Arabs forthrightly rejected the plan, launching a war to destroy the Jewish state.

It should be noted that Israel’s Declaration of Independence called on the local Arab population to remain in place and “play their part in the development of the State, on the basis of full and equal citizenship and due representation in all its bodies and institutions.”

It is true that some Jewish groups, including the Haganah, encouraged local Arabs to flee. However those few documented cases are the exception and not the rule.

2) The number of Palestinian “refugees” is the subject of debate. Regardless of the causes, several hundred thousand local Arabs undoubtedly left their homes. The actual numbers are in question, as the Jewish Virtual Library notes: “Many Arabs claim that 800,000 to 1,000,000 Palestinians became refugees in 1947­49. The last census was taken in 1945. It found only 756,000 permanent Arab residents in Israel. On November 30, 1947, the date the UN voted for partition, the total was 809,100. A 1949 Government of Israel census counted 160,000 Arabs living in the country after the war. This meant no more than 650,000 Palestinian Arabs could have become refugees. A report by the UN Mediator on Palestine arrived at an even lower figure – 472,000.”

The Library notes that at the same time that Arabs were left stranded, about the same number of Jews were forced to leave their homes in Arab countries.

There is evidence that scores of Arabs joined the local inhabitants and became “refugees” attended to by UNRWA when the agency began operations in May 1950 to help the Arabs impacted by the 1948 war. That year, UNWRA’s director admitted, “a large group of indigent people totaling over 100,000…could not be called refugees, but…have lost their means of livelihood because of the war. … The Agency felt their need…even more acute than that of the refugees.”

UNRWA’s Annual Report of the Director from July 1951-June 1952 acknowledges it was difficult to separate “ordinary nomadic Bedouins and…unemployed or indigent local residents” from genuine refugees, and that “it cannot be doubted that in many cases individuals who could not qualify as being bona fide refugees are in fact on the relief rolls.”

3) UNRWA scandalously defines a Palestinian “refugee” in a manner that is different from all other refugees, and does so in a way that sustains the “refugee” crisis instead of solving the problem by finding solutions for the so-called Palestinian refugees.

The UNHRC, the international body that ministers to all refugees besides Palestinians, has a fairly sensible definition of what a refugee is: “A refugee is someone who has been forced to flee his or her country because of persecution, war or violence. A refugee has a well-founded fear of persecution for reasons of race, religion, nationality, political opinion or membership in a particular social group.” In other words, the UNHRC defines a refugee as someone who was forced to flee his or her home and cannot return for fear of persecution.

UNRWA, however, defines a Palestinian “refugee” entirely differently. A Palestinian “refugee” is any person whose “normal place of residence was Palestine during the period 1 June 1946 to 15 May 1948 and who lost both home and means of livelihood as a result of the 1948 conflict.” So UNWRA counts as “refugees” any local Arab who lived in Palestine for as little as two years, knowing that scores of Arabs immigrated to the area during those years in search of employment amid talks of creating a future Jewish state.

Scandalously, UNRWA states that “Palestine refugees are persons who fulfill the above definition and descendants of fathers fulfilling the definition.” This means that even if original Palestinian “refugees” long ago immigrated to another country and became citizens of that country, they and their descendants are still considered “refugees” according to UNWRA. The very definition flies in the face of what a refugee is supposed to be. It is also in direct contrast to the Convention on Refugees, which dictates that a person who “has acquired a new nationality, and enjoys the protection of the country of his new nationality” is exempted from the status of refugee.

4) There is no reason to have a separate agency only for Palestinian “refugees.” Netanyahu has suggested merging UNRWA with the UN’s other refugee agency, UNHRC. The Palestinians and Arab nations, however, strongly oppose that move, knowing that most Palestinian “refugees” do not meet the criteria of “refugees” under the UN’s main definition and would lose their status if they were so absorbed.

5) The Palestinians use their “refugee” status to threaten Israel’s existence. The Palestinians continue to demand the so-called right of return, meaning flooding Israel with millions of Palestinian and foreign Arabs considered Palestinian “refugees,” thus threatening the very nature of the Jewish state. If the “refugee” problem is ever solved, the Palestinian Authority’s main trump card against Israel will be taken away.

6) UNRWA has been caught supporting terrorism, employing Hamas members, and inciting against Israel. 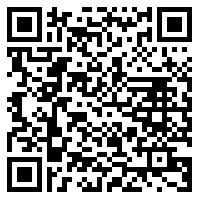