It may be, as some claim, that Mark Twain was responsible for the observation that “Analyzing humor is a bit like dissecting a frog: You learn how it works, but you end up with a dead frog.”

It certainly sounds like Mark Twain, whose genius as an American writer and observer still – to my mind, anyway – remains unsurpassed.

Most extremely funny people I know or have worked with on TV and radio are, like Mr. Twain, also extremely brilliant.

Take Rowan Atkinson, for example. You may know him better by his alter ego, Mr. Bean, and if you have never heard of him the reception must be very poor at your distant end of the galaxy. You may find him hilarious or perhaps – like me – not, but he’s indisputably a very clever man. He earned his Masters Degree in electrical engineering at Oxford University.

I am very lucky to have been given a sense of humor. In research for one of my books, The Little Book for Big Worries: Dealing with Serious Illness, I discovered an astonishingly long list of the physical benefits of laughter. Type “research on the effects of laughter on health” into a search engine and you’ll see what I mean.

Two years ago, the BBC brought me over to London to take part in a quiz show called “And God Laughed.” It was recorded at the Royal Academy of Dramatic Arts, in front of live audience of two hundred. The MC and the other three participants were all professional comedians. The theme of the show was religion and humor, and we were split into two teams, a Christian and a Jew (that was me) versus a Muslim and an atheist.

We recorded the entire thing in more or less one take, and once again the professionals, when they weren’t making everyone fall down laughing, were all highly intelligent people.

Which leads me to Larry David and the very real anger and hurt generated by his monologue on “Saturday Night Live” earlier this month.

I had never come across Mr. David before, but after so many people complained to me about him, I watched what he said online.

I should say here that British “humour” and American “humor” are as different as the way we each spell the words.

I have appeared on TV shows with the likes of John Cleese and many other well known comedy giants, but I just didn’t find Larry David all that funny, even though I usually do enjoy American humor just fine.

(I could at this stage analyze his style of comedy, which is very “old school” and relies on exaggeration, escalation, self-deprecation, and other classic comedy devices, but let’s not forget about that dissected frog.)

When Mr. David got to the bit where he made jokes about concentration camps. Even the studio audience seemed unsure, and many groaned.

Comedians like Groucho Marx paint pictures with words and then make the pictures appear funny.

“I got a new TV set for my mother-in-law…that’s a good swap!”

The audience pictures the scene and gets the punch line. In Groucho’s case the joke was funny. In Larry David’s case, it wasn’t.

The mental pictures conjured by an extermination camp simply smother humor. There is nothing funny about a place with the constant smell of burning children’s flesh.

I have never met Mr. David, but how could he not have known how deeply offensive his death camp jokes would be? Remember, very funny people are almost always highly intelligent. In fact, that is part of their genius. They innately know what will make people laugh and what won’t.

I discovered that Mr. David has a very impressive comedy pedigree. He and Jerry Seinfeld created the iconic television series Seinfeld, on which he served as head writer. He has won two prime time Emmys and received a host of other plaudits for his comedy.

It may have been that, as so often happens, comedians just run out of funny stuff and their magic touch disappears.

Don’t expect Jews in show biz to stand up, loud and proud, for their people. It ain’t gonna happen, not these days. All that fame and fortune is just far too seductive.

Show biz is now uber high-tech and mega-sophisticated. It’s even possible to bring long-dead actors digitally back to life and have them perform in brand new films.

Yet show biz remains, in many respects, what it’s been since the turn of the 20th century – a dusty little town called Hollywood, CA. If you get to be part of the show, you don’t deviate from the script.

When was the last time you heard a Hollywood A-Lister declare that he votes Republican?

About ten years ago, a friend of mine who is very big player in Tinseltown gave me a tour of the Paramount lot. Afterward we went to his office and he asked me if there was anyone I would like to meet. I told him Leonard Nimoy, a”h. (After all, I reasoned, how many aliens do you know who can recite Shakespeare in perfect Yiddish?)

It turned out that Leonard wasn’t around that day, but just then another famous character from “Star Trek” walked into my friend’s office and I was introduced to him.

He was very kind and gracious and we schmoozed for half an hour. He even told me the joke he cracked during his bar mitzvah speech: “Does anyone here want to buy any second-hand black leather boxes?”

Then the two Jewish Hollywood-niks started discussing a play in New York that had portrayed Nazis sympathetically.

“Yeah,” one of them said as his face formed the sort of expression you make when maggots crawl out of rancid food, “nice Nazis…sure.”

His voice lost its thespian smoothness for a second and a distinctly Brooklyn tone of distain crept in.

The other started to agree – and then the Hollywood in him asserted itself.

“But of course,” he said, “he is entitled to his artistic interpretation!”

The one with the Brooklyn timbre suddenly rediscovered his West Coast accent as he hastened to agree effusively.

“Oh, don’t misunderstand me…naturally, he has the right to interpret the piece in the way he feels is most authentic.”

In one of my shiurim I pose the question “Are you an American Jew or a Jewish American?”

In the case of Larry David and countless others like him in show biz, their shem davar is “Star” and their sometimes remembered adjective is “Jewish.”

On November 4, in his funny monologue that forgot to be very funny, Larry David also forgot all about the word “Jewish” – even as an adjective. 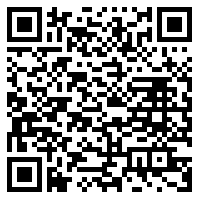