The World Health Organization recently issued statements calling the Zika virus an “International Emergency.”  Subsequently, they have created a Zika virus response unit to tackle the global threat posed by the illness due in light of the growing epidemic in Central and South America.

The CDC—Centers for Disease Control and Prevention—describes the Zika virus as a flavivirus with a clinical presentation related to other tropical disease such as dengue fever.  The virus is transmitted by mosquito bites—and bodily fluids—and can be associated with symptoms of rash, pain, and headaches.  In certain cases the virus can progress and cause a bizarre neurological condition called Gullain-Barré Syndrome.  It is also dangerous for pregnant women as it can cause a condition called microcephaly in developing babies.  In spite of this, the maniacs in ISIS have killed more people by lighting them on fire than the total number of people who have lost their lives over the past few months to the Zika virus.  More people are adversely affected each day in Brazil by gang-related violence and the paucity of clean drinking water.  In spite of this, the only thing that gets more airplay in the media than the Zika virus is Donald Trump’s newest outrageous statement.


But that being said, the Zika Virus is very concerning.  Microcephaly is disastrous and so are Gullain-Barré Syndrome, aseptic meningitis, and other possible complications of the virus.  So when a friend asked me, “What is the Jewish Response to the Zika virus,” it certainly got me thinking.

The first part of the Jewish Response to the Zika Virus will be to try and solve the problem.  Back in 2014 during the Ebola virus outbreak in Africa, the Israeli Ministry of Health’s Public Health Directorate provided an immediate response.  The Jewish Nation sent its foremost infectious disease experts to consult with local governments and provide guidance in preventing the spread of Ebola in Cameroon and other African nations.  In regards to the current situation with the Zika virus, Israeli infectious disease experts have had extensive experience dealing with mosquito-borne illnesses dating back to the early years of the country when Jewish pioneers battled malaria outbreaks nearly 100 years ago.  I can only imagine that a team of Israeli healthcare professionals is already being mobilized to work with healthcare organizations from the most heavily hit countries.

Jews will also be at the forefront of philanthropic efforts aimed at aiding those most affected by the epidemic.  Our Rabbis teach that doing good deeds is one of the defining characteristics of the Jewish people (Talmud Yevamot 79A) and we should be proud that Jewish philanthropists are known for rising to the occasion and working hard to care for people of all creeds when faced with tragedy.  Jewish and Israeli organizations are world-renowned for their tremendous acts of kindness.  For example, the Israeli humanitarian organization IsraAID has been lauded for distributing over 1,000 tons of relief and medical supplies in more than 30 countries this past decade.  Given the scope of the current epidemic, one can only imagine that significant assistance will be necessary for the thousands of individuals affected by the Zika virus.  It should make us proud to know that our brothers and sisters will be in Central and South America doing good deeds.

Jews will also be doing what Jews do best: Praying!  When a young Israeli girl was diagnosed with the Zika virus after returning from a trip to South America, every single person who heard the news said the same two words: “Oy vey! “  This statement was then followed by another two words—”Refuah Shelemah”—may she have a complete recovery!  It should go without saying that not only are we praying for our own, but for thousands of others across the globe who are faced with the Zika virus.  May they know only good things! 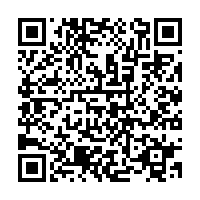