The Middle East has gone through tremendous changes in the past months, and is continually evolving. It is unclear where the region is heading. Two years ago, no Middle East expert could have predicted how things would develop today. The clashes in Syria continues, and reached a new level of violence as the Syrians shot down a Turkish air force jet over the weekend. Turkey vows to retaliate. In Egypt, a new president was announced yesterday. The outcome of this announcement is unclear, causing much tension in the streets of Cairo. Many variables in this complex web remain unclear.

In an attempt to clarify the basic issues, Tazpit News Agency spoke to Dr. Yehuda Balanga from Bar Ilan University, an expert on Syrian affairs.


Dr. Balanga began by stating that with regards to Syria, it is difficult to talk about a Syrian nation, a unified national entity. Its twenty two million citizens are comprised of several ethnic groups. The majority are Sunni Muslims, while the minorities include Shiite Muslims, Alawi Muslims like President Bashar El-Asad, Druze, and Christians. Assad’s current coalition relies primarily on the Sunni majority, which has not joined the revolt up to this point. The military is comprised primarily of Sunni soldiers, but the high command is Alawi. So far, Assad has managed to retain control. We can expect to see a change in the way the conflict develops only if the Sunni majority changes its allegiance from the Assad regime to the rebels’ cause. The Syrian army is still strong and unified and although there are desertions, they are not on a mass scale.

The UN recently categorized the strife in Syria as a civil war involving many factions. Dr. Balanga does not think the conflict in Syria has reached that state yet. The current situation is still that of a rebel army fighting the Syrian army. The various minorities have not begun to fight each other, so he does not categorize it as a civil war.

As for the rebel army, there are actually two factions. The first is the Free Syrian Army, led by Mustafa El-Sheiq. The second body is The Syrian National Assembly, a less violent faction concentrated more on non-violent resistance. In general, the makeup of these armies is unclear, with their numbers estimated between 5,000 and 40,000. It is hard to define who comprises these groups. It is known that most of the rebels are Sunni, and yet the Muslim Brothers are active and there are also Shiite factions associated with Al-Qaeda. Each group has different objectives and aspirations. This murky situation creates difficulties when countries supporting the overthrow of Assad try to provide weapons to the rebels. They don’t know who they are supporting.

Russia is currently one of the main obstacles to the removal of Assad. The Russians have deep-rooted relations with Syria, spanning over half a century. The two countries share extensive financial and commercial connections. Syria serves as Russia’s last anchor in the Middle East. Libya recently ousted Muammar Gaddafi, causing Russia to lose its connections there and incur extensive financial loss. Russia has no intention of allowing this scenario to be repeated in Syria as it stands to lose much more than it did in Libya. Exports and weapons sales to Syria are extensive and Russia will agree to replace Assad only if the replacement suits their interests.

Dr. Balanga assumes that even if Assad is overthrown, it will be a prolonged process. Not every one is interested in seeing him toppled, especially because it is unclear who will replace him. There is a possibility that radical Muslims will replace him, bringing more instability to the region.

The situation in Syria has already begun to spread to other countries, primarily Lebanon. There have been reports of battles between Alawi and other factions in Tripoli. Dr. Balanga believes that in time, as the strife in Syria continues, the situation in Lebanon will deteriorate. He believes the unrest will spill into Jordan as well.

The Syrian affair may influence Israel. Syria poses a military threat to Israel. In general, the Syrian army is out-dated, old fashioned and heavily influenced by Soviet doctrines, but their ballistic capabilities pose the real threat. They have one of the largest chemical and biological weapons arsenals in the world. The fear is that these weapons may be passed to Iranian hands, or to Hezbollah. The military is currently involved is suppressing the rebels, so an all-out war with Israel is unlikely. A plausible scenario is that a rogue military unit may take independent action and attack Israel on its own. That is probably what happened when the Syrian military shot down the Turkish jet. The officer in command of the surface-to-air missile battery made the call; it wasn’t a decision made by the high command. A full war with Israel at this point would be suicide for the Syrian military. With all this said, Israel must remain vigilant. 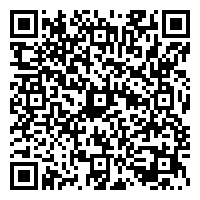