There are regular reports about political and economic collaborations between Azerbaijan and Israel. The $5b in annual trade between Israel and Azerbaijan is more trade than Israel does with France.

Less discussed are the countries deep and strategic security ties.


“We know Azerbaijan has purchased billions of dollars of weapons from Israel. We know there are several top security companies doing projects in and for Azerbaijan. There are also very strong security connections – strong and sophisticated – on a very high level,” says Arye Gut, an Israeli import manager, originally from Azerbaijan. “But we don’t talk about it so much. It’s covert. What you read is about 1 percent of the relations. The other 99 percent, you don’t see.”

Azerbaijani President Ilham Aliyev expressed similar sentiments in a comment captured in a WikiLeaks cable from the U.S. embassy in Baku a few years ago: “The Israeli-Azerbaijani bilateral relationship is like an iceberg, nine-tenths of it below the surface.”

Reports are beginning to surface. Asim Mollazade, member of the Parliament of Azerbaijan, tells the Jerusalem Post: “Our region has a lot of challenges. Israel and Azerbaijan are fighting against international terror, working together for security, peace and prosperity in the region.”

He calls the countries’ relationship “strategic” and says they are also linked on modern technologies and information sharing.

Israel and Azerbaijan seem strange bedfellows on the surface, given Azerbaijan’s Shiite Muslim majority and the fact it is bordered by some of Israel’s most odious enemies: Georgia and Russia to the north, Iran to the south, and Armenia to the southwest and west. A small part also borders Turkey to the northwest. Yet over the last five years, the countries have found themselves as lone and often equally misunderstood voices of democracy, equality and peace in a tumultuous foreign policy landscape.

Both Israel and Azerbaijan have been recent targets of what sources would consider oft unwarranted criticism by Western media and a cold shoulder by the White House. Though Israel remains the only democracy in the Middle East, the White House has continued to publically sour relations with the Jewish state.

The first strains in the U.S.-Israel relationship appeared rooted in a petty personality conflict between President Barack Obama and Prime Minister Benjamin Netanyahu. But recent exchanges over the Iranian nuclear deal have peaked frustration on both sides. While Netanyahu calls the deal “a bad deal” that would not stop Tehran from getting nuclear weapons — but would rather pave its way to getting lots of them and leave the Jewish State in grave peril, Obama has threatened Congress to push it through.

Similarly, there has been increasing frustration over the last five years by Azeri leaders at the incessant an unwarranted depiction of Azerbaijan by U.S. administration leaders as an autocratic, heavy-handed nation, says Mollazade.

“We need support and understanding from the U.S.,” he explains. “Sometimes in the U.S., a politician is linked to the Armenian community or doesn’t understand the importance for the U.S. of peace and stability in our region.”

Azerbaijan is the only Muslim-majority country that has been consistent and persistent in its openness to democratic values, women and the West. Moreover, in a somewhat similar vain to the situation vis-à-vis Israel and its stance on Iranian nuclear proliferation, the West’s double standard on the Armenian occupation of Azerbaijan has left the country’s leaders exasperated.

For more than 20 years, Armenia has waged an ongoing, illegal occupation and ethnic cleansing in Nagorno-Karabakh and seven other adjacent regions of Azerbaijan – in violation of its sovereignty and territorial integrity.
Nagorno-Karabakh and these other districts have historically belonged to Azerbaijan and have been recognized as belonging to Azerbaijan by the international community. Yet, they have remained under Armenian occupation for more than two decades, since 1992. Following a violent and bloody conflict, Armenia occupied 20 percent of Azerbaijan (including the noted areas) and plunged the south Caucuses region into an ever-lingering conflict.
While the U.S. has come out strongly in promotion of the principle of international integrity in the case of Kiev, rightly supporting the Kiev regime against the Russian-backed separatist aggression of Ukraine, it has failed to offer similar support to its ally in the Caucus region. In fact, the U.S. basically winked at Armenian occupation of Azerbaijani territory, despite Armenia already falling into Russian orbit, notes Gut.
Favoring a ‘friend of a foe’ mentality, Gut says the West is jeopardizing its own interests by treating Armenia as a favorite over Azerbaijan; Armenia gains courage from this to push further knowing there will be no consequences.
In May, The Forward published an op-ed by an Armenian-Israeli calling on Israel to act similarly to the U.S. by looking for a friend in Armenia as opposed to Azerbaijan. Gut laughs at such an idea.

“Good relations start with the human dimension,” Gut says. “There are 30,000 Jews still living in Azerbaijan and another 70,000 who made aliyah to Israel. In Armenia, there are less than 100 Jews and they are trying to get out.”

He continues: “It is the human bridge that solidifies the Azerbaijani-Israeli relationship. In Armenia, there is no one to talk to.”

The belief that Jews, Muslims and Christians should live side-by-side in peace is also one that is unique outside of Western culture to Azerbaijan and Israel. Polls by the Israel Democracy Institute generally show that democracy and religious are of close to equal importance to the majority of Israelis. Rafael Harpaz, Israel ambassador to Azerbaijan since 2012, says Azerbaijan is a country of “total tolerance.”

Harpaz told the Post Jews are friends with Muslims in Azerbaijan; they celebrate each other’s holidays and share other cultural experiences. Israel sent its largest delegation of Israeli athletes ever this year – 142 athletes and coaches — to the European games, which were hosted by Azerbaijan. When the Israeli Philharmonic comes to Azerbaijan, it plays before a packed house.

Azerbaijan is a birthplace of one of the oldest Jewish communities in the world. In a May 2015 column published by the Jewish Journal, Yevdayev wrote, “As Jews, we have been living freely, without any persecution or discrimination, in total harmony with our Azerbaijani brothers and sisters for centuries. … In these cynical times, I feel blessed.”

Kamal Makili-Aliyev, a non-Jewish resident of Azerbaijan nearly echoed the words of Yevdayev. He told the Post Jews played a key role in Azerbaijan’s development.

“The Jewish community is a success story,” he says.

“In Europe, there is rising anti-Semitism. Islamophobia is growing in the Western world. Azerbaijan and Israel cooperate in this sphere,” he says. “We must defend the important value that all ethnic groups, nations, religions have the ability to live in peace and cooperation.”

Israel opened an embassy in Azerbaijan in 2012. Makili-Aliyev explains it is Azerbaijan’s “geopolitical reality” that keeps his country from reciprocating this action. Nonetheless, he says Azerbaijan knows who its friends are.

“Iran is more supportive of Armenia and not Azerbaijan. And we are more connected to Israel,” says Makili-Aliyev.

Next steps in the ongoing relationship: Increased tourism. Azerbaijan was one of the only countries that continued uninterrupted flights to Israel during last summer’s Operation Protective Edge. Azerbaijan and Israeli tourism ministries are actively working together to promote visits. Makili-Aliyev says it is now easier than ever to get a visa from Azerbaijan to visit Israel.

Adds Makili-Aliyev: “It’s a good dynamic and I am sure it will continue this way.” 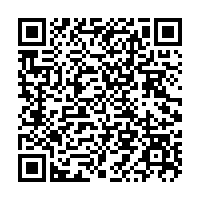