The September 22nd edition of the documentary series ‘Our World’ aired on the BBC World News channel and the BBC News channel was titled ‘Gaza Dreams’.


“With nearly two million people living in miserable conditions in Gaza, the Israeli blockade has taken its toll on mental health there.
Against the backdrop of the border clashes earlier this year this film goes deep inside the minds of the people of Gaza to explore the mental health issues affecting many there.”

Produced by Christine Garabedian of BBC Arabic, the film is remarkable for the fact that it fails to mention the all-important context of Hamas terrorism even once – despite opening by telling viewers that:

“Gaza has been under a strict blockade for eleven years. Israel and Egypt say that the blockade is in place for their security.”

Garabedian, however, failed to provide audiences with the information which would help them understand why “Israel and Egypt say” such a thing. Moreover, audiences repeatedly heard various interviewees use Hamas-preferred terminology as they referred to a non-existent “siege” of the Gaza Strip.

Viewers were also told that the film was made “between the 30th March and 15th May 2018 during the ‘Great March of Return’ protests” but Garabedian failed to provide any background to inform audiences who organised that violent rioting and why.

Moreover, despite viewers being told that “protesters were demanding the right to return to what is now Israel and calling for an end to the blockade”, they were not informed that the aim of the so-called ‘right of return’ is to eliminate the Jewish state.

And so what BBC audiences saw in this film is twenty-three minutes of unverifiable, completely context-free stories told by inadequately identified interviewees and accompanied by ominous music and carefully selected imagery such as shots of birdcages.

Amazingly, that exercise in blatantly one-sided politicised messaging which contributes nothing to audience understanding of what lies behind the picture Garabedian chose to paint is classified by the BBC as a ‘documentary‘. 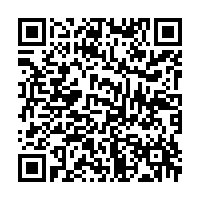