Clips from JFK’s short life were flashed across the screen – his press conferences, his defiant declaration of freedom at the Berlin Wall and his rollicking about with Caroline and John John.

Cronkite then showed a film of Oswald giving out fliers for the “Fair Play For Cuba Committee” in New Orleans.


And here was my first inquisitive wonder: How did CBS get that footage of Oswald so quickly? In an era before our advanced age of communications and internet, how was this possible that they got such a film? Did that mean that the FBI knew who Oswald was, I asked my Mom.

And then a moment on live TV occurred that may never happen again: The news cut to the basement of the Dallas police station, where Oswald was being arraigned and we watched Oswald’s assassination on live television. What an unbelievable moment in US television history.

The next morning in DC, we took the train from Philly to DC, and walked from Union Station to the Washington Post Office. We saw world leaders walk out of the White House, where they paid their respects to the late president. I stood in awe as we identified Charles de Gaulle of France, Haile Selassie of Ethiopia, Golda Meir of Israel, Willy Brandt of West Germany, Olof Palme of Sweden and Habib Bourguiba of Tunisia as they walked in a solemn procession by us. All walked slowly, somberly, seemingly without any protection whatsoever. And a Scottish band played a solemn version of “Hail to the Chief,” a quiet crowd looked on.

Yes, this was a memorial to JFK, yet it was also a salute to America 18 years after World War II, after US had played a pivotal role in saving the world from the Nazi and fascist threat. The procession was also a thank-you to America for its stand in the Cold War, which 13 months earlier had almost boiled over.

The US secret service took no chances with American public officials. They all drove in vans, with guards on each side. We got a glimpse of President Johnson as he drove by, and my father took a snapshot of the car. The policeman standing in front of us went to pieces when the casket of JFK went by, with the lonely unmounted horse leading the way. This was the first time that I had ever seen a grown man cry, let alone a cop.

After everyone went by, my dad went to work at the post office, and Gary and I strolled through the crowd back to Union Station.

On the Pennsylvania Railroad, an older lady (she might have been 40, but I remember her as “old”) asked us what we thought of the recent assassinations. My response was that while I thought that killing Huey Long was a good idea, but that killing JFK was a bad idea.

I then started asking questions of my own. Five or six people got into the conversation, and no one had answers to my simple questions, like, “How could it be that a marine runs away to Russia in the middle of the Cold War, gets married, comes back, is not arrested, works for Cuba, kills the president and then gets killed two days later at the police station, no less ?” And “what was Nixon doing in Dallas on the day of the assassination?”

Over the years, we had understood that the JFK secret documents would be released after fifty years. I guess that this is not going to happen. 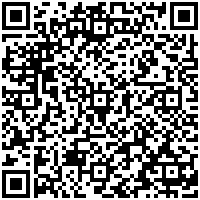