The expected birth of a boy to Jewess Lauren Silverman and her Roman Catholic boyfriend and X-Factor Judge Simon Cowell has prompted him to plan a trip to Israel and think about becoming Jewish, the London Mirror reported.

He told the newspaper he wants to make a “more informed decision” before he commits to the faith.


Let’s not count on Cowell, whose father is Jewish, to undergo a conversion according to Jewish law, but at least he can be counted on to support the IDF. He donated $150,000 to the Friends of the Israel Defense Forces at its recent annual fundraiser in Beverley Hills.

The Mirror reported that Cowell, 54, previously has not expressed interest in religion, but a source said, “He is open to reason on the subject of religion and the faith in which his [expected] son is brought up.

Silverman, 36, has elected to undergo a C-section and her husband has booked a $20,000-a-night private hospital in the United States for the event. 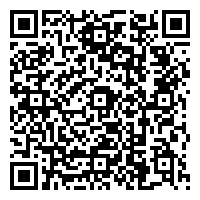