Virtually every media outlet took the UNRWA condemnation of the Hamas tunnels found under an UNRWA school at its word. Yet no media outlet reminded the world that the UNRWA school teachers union and the UNRWA workers union of Gaza have been under the tight control of Hamas since 1999, without a word of disapproval from UNRWA.


The statement by the Prime Minister of Israel that UNRWA should be ”dismantled” indicates that the Israeli government holds UNRWA responsible for the Hamas terror tunnel.

Timing of this discovery is important, just before Hamas will conduct its annual summer military training camp to train upwards of 50,000 UNRWA students, age 9-15, in the use of live weaponry.

However, it is not within Israel’s power to ”dismantle” UNRWA.

Only UNGA can “dismantle” UNRWA.

And if Israeli and Western democratic nations were to cut funds to UNRWA, two scenarios would likely occur:

If Qatar and Saudi Arabia became the largest donors to UNRWA, no leverage could be brought against UNRWA to cease connections with Hamas or other terror groups.

What , then, can the Israeli government do to ameliorate UNRWA?

Jerusalem could demand that UNRWA donors condition funds to UNRWA on reforms of UNRWA, in six areas:

Now that the Israeli government has finally come to the conclusion that UNRWA is an impediment to peace, the government of Israel should act within reality to curb UNRWA policy: to reform UNRWA, which can be done, and not to dismantle UNRWA, which cannot be done. 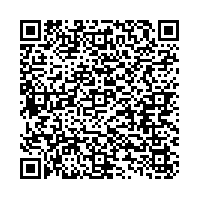