An escape tunnel built by the Crusaders in their citadel in Tiberias 800 years ago, to provide safe passage from the fortress to the Sea of Galilee, was exposed recently, the Israel Antiquities Authority reported.

A 21-foot long section of an ancient tunnel was discovered near the promenade of the Old City of Tiberias. The tunnel, built of dressed basalt stones, was discovered in an archaeological excavation conducted by the IAI as part of the restoration and conservation measures that are being implemented in the heart of the Old City of Tiberias, at the initiative of the Government Tourism Corporation and the Tiberias municipality.


According to Joppe Gosker, Director of the excavation on behalf of the IAI, “the tunnel we discovered may very likely have been a secret passage leading to the harbor of Tiberias, which we know about from Crusader historical sources.”

These sources describe the siege imposed by the Muslim General Saladin on the citadel in July 1187, in which Princess Eschiva, wife of the knight Raymond of Tripoli, was confined. Raymond directed his wife to escape to the harbor and board a ship where she would stay until he came to rescue her.

“It seems that the tunnel we revealed led from the citadel to the sea, and probably provided a safe route for a maritime escape in times of danger.” Gosker explained. “The general plan of the citadel built by the Crusaders on the shore of the Sea of Galilee in the twelfth century is known from previous excavations, and today one can see the citadel’s gate and the remains of several of its walls in Tiberias.”

The famous Battle of Karney Hittin that was fought on July 4, 1187, resulting in the defeat of the Crusader Kingdom by Saladin’s army, was a direct outcome of the events in Tiberias.

Gosker noted that “in addition to the finds from the Crusader period we also discovered during the excavation of the site remnants of Ottoman walls and floors, as well as numerous tobacco pipes.”

The Crusader tunnel was exposed right next to the Karlin-Stolin synagogue in the “Courtyard of the Jews” in the heart of the Old City. A project being implemented by the Government Tourism Company and the Tiberias municipality will include rehabilitating and conserving the synagogue structure, which was built at the end of the eighteenth century, making it accessible and gardening in the surrounding area.

Tiberias Mayor Yossi Ben David and City Engineer Motti Lavie visited the excavation and, needless to say, were impressed by the finds. According to the mayor, “We plan on integrating the escape tunnel and the remains of the Crusader fortress in the development plan of the Courtyard of the Jews and the city promenade.” 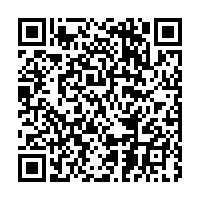