UNRWA and HaAretz condemn “Children’s Army of Hamas” ​without seeing the film.​

Recently, ​IBA ​TV news anchor Yaakov Ahimeir, senior journalist with Israel Broadcasting Authority TV and host of the IBA weekend news program known as “Roiem Olam”, http://www.iba.org.il/olam/ screened “Children’s Army of Hamas” https://www.youtube.com/watch?v=iO4UKXmr8zk , as news item no. #3. Ahimeir credited the Center for Near East Policy Research, under the direction of David Bedein, as producers of the news item.
As a matter of courtesy, Ahimeir gave UNRWA, the UN Relief and Works Agency, the opportunity to respond to this news item which portrayed pupils of UNRWA schools undergoing military training with Hamas military officers.


In May 2014, David Bedein ​​published a book, “ROADBLOCK TO PEACE- How the UN Perpetuates the Arab-Israeli Conflict: UNRWA Policies Reconsidered” (http://www.amazon.com/gp/product/9659233906) where chapter six documented Hamas military indoctrination inside the UNRWA schools.
Ahimeir read out the response of UNRWA spokesman Chris Gunness to the film : “The accusations that UNRWA has been taken over by Hamas and is complicit in the recruitment of children, made in the commentary of this film are presented as fact without any evidence. This is because there is no evidence. I am surprised that an award winning editor can broadcast such a biased report containing these unsubstantiated allegations. What a shame he chose not to give his audience a fair and balanced portrait of UNRWA’s education work with a quarter a million children in Gaza. Why does he never show our human rights classes that inculcate a sense of universal values; our summer fun weeks with recreational activities that attempt to give a sense of normalcy despite three wars in six years; our psychiatric counseling with tens of thousands of children injured, maimed, blinded and traumatized during the conflict last summer and our efforts to rebuild the destroyed homes of countless children? That would be balanced and responsible journalism.”

An editorial comment on the Hebrew website of the newspaper f Haaretz echoed Gunness http://tinyurl.com/lgnzjwd asking how it was that a “nine minute propaganda news item” could possibly be featured on a prestigious news show such as ” Roiem Olam”, and called Ahimeir’s credentials into question.

In response, Ahimeir asked why Gunness did not notice the statement in the film, on camera, of Ismal Radwan, Hamas Minister of Religion, who praised cooperation of UNRWA with Hamas, saying that “Hamas and UNRWA are directly connected”. 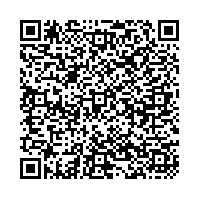