The recent announcement by the Vatican that it has crafted an understanding with the Palestinian Authority regarding its interests in Judea and Samaria, the West Bank, in which the Holy See has recognized the nonexistent Palestinian State, has received widespread condemnation in the worldwide Jewish community. It is seen by many as giving a moral affirmation to the statehood demands of the Palestinians. But does it?
In truth, the Holy See has maintained relations with Palestinians for many years. On February 1, 1948, the Holy See created the office of Apostolic Delegate to Jerusalem and Palestine, giving it jurisdiction over Palestine, Transjordan and Cyprus Apostolic Delegates represent the Vatican in countries with which the Holy See has no diplomatic ties. They function as a liaison to the Catholic Church in that country.

In 2009, then Pope Benedict XVI told Prime Minster Netanyahu of his support for a two-state solution of the Israeli–Palestinian conflict. The recent step taken by Pope Francis is interpreted by many to be one of a natural progression, or more to the point, as seen by the Jewish community – regression, of the Church’s politics in the Middle East. Nothing could be farther from the truth.


At first blush this move by the Catholic Church appears to be in direct opposition to its rightful concern regarding the extermination of the Christian communities in the Middle East. These ancient Christian communities are disappearing at an alarming rate. On the West Bank, a nearly-permanent Muslim boycott of Christian businesses is part of the problem. Emigration is but the end of a long process of exclusion and persecution by the majority Muslim population. Given this factor, one would surmise the Catholic Church, concerned for the welfare of Christians in the territory under the Palestinian Authority, would be, at the very least, reticent to recognize the establishment of a Palestinian state if not openly opposed to it until Christians enjoy equal status with Muslims.

To understand the position of the church, one needs to consider the Hasmonean period. While it is true that the accomplishments of the Maccabees in restoring Jewish worship to the Temple resulted in the rabbinic holiday of Hanukkah, it is also true the reign of the Hasmoneans ushered in the eventual demise of the Commonwealth of Israel. Our rabbis teach us this negative aspect of their rule was a direct result of their assuming the “crowns” of both kingship and priesthood. Kingship, the responsibility for government, and priesthood, the responsibility for propagation of faith are perpetually in conflict. Government always deals with optimization of a given situation, the give-and-take of subjectivity. Religion deals in absolutes. No one can function on these two planes at the same time.

The Roman Catholic Church places upon the head of its Pope these two crowns. He is both head of state of the Vatican and spiritual leader of Roman Catholics globally. While the details of the current agreement have not been released, it is understood that it will deal with issues such as taxes and legal status of Catholic churches, monasteries, schools, hospitals – in simple terms, the property of the Roman Catholic Church, and the right of recourse to Palestinian courts for Catholic personnel and institutions. In this instance the Pope is functioning as head of state seeking to protect the interests of the Vatican. In pronouncements of the past in his capacity as spiritual leader of the Catholic Church, he has condemned the attacks on Christians throughout the Middle East which includes the suffering of Christian Palestinians ever since Israel turned over the administration of the territories to the Palestinians themselves. Yet he can only function with one crown” on his head at a given moment. Tragically for Christians living within the Palestinian Authority, this reality leaves them lacking the full support of the Pontiff in their suffering at the hands of the religious fundamentalism now sweeping the Middle East’s Muslims.

And while supporters of the State of Israel view this action taken by the church as an unfortunate step in the Vatican Israeli political relationship, in reality it underscores the impossibility demonstrated by the Hasmoneans of old to wear both the crowns of kingship and priesthood.

Understanding this sheds light upon the functioning of the Vatican and its pontiff, which in the final analysis, in this instance, will be more detrimental to Christians in the so-called Palestinian State then it will be to Israel’s perennial and excruciating efforts to develop a peaceful relationship with its neighbors.

It is apparent the self-proclaimed “new Israel,” Catholic Israel, has not learned an important lesson from the tragic history of Eternal Israel – the Jewish people. 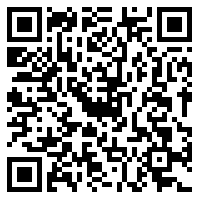